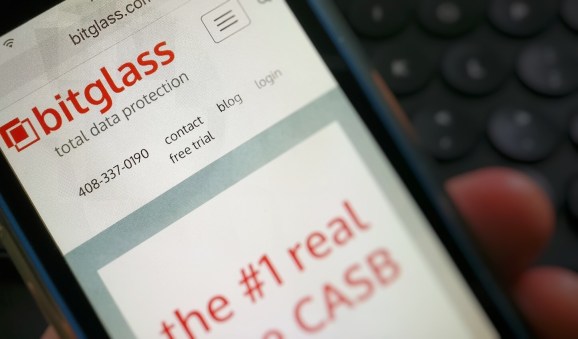 Bitglass, a Campbell, California-based startup developing a cloud service that helps to protect corporate data, today announced that it’s raised $70 million in series D funding from new investor Quadrille Capital and existing investors FutureFund, New Enterprise Associates, Norwest, and Singtel Innov8, bringing its total venture capital raised to around $150 million. It follows on the heels of a $25 million series B in 2014 and a $45 million funding round in January 2017, as well as a $10 million series A in 2013, shortly after its launch.

CEO Nat Kausik said the capital infusion will fuel Bitglass‘ product development and customer acquisition efforts well into the coming months. “Cloud and mobile are driving business data beyond the firewall, introducing new security and compliance risks … [and] cloud adoption is disruptive of incumbents securing networks, servers and other infrastructure,” he said. “Bitglass uniquely delivers real-time inline data protection in the cloud, at access, and on any device … Our [system] uniquely secures against data leakage and threats without installing more hardware and software.”

Kausik, an IT industry veteran who served as principal scientist at HP from 1989 until 1997, founded and sold several startups to conglomerates like Cisco before joining forces with CTO Anurag Kahol in January 2013. The two met at Juniper Networks, where Kahol was director of engineering.

Bitglass’ software-as-a-service (SaaS) solution provides enterprises visibility into — and control over — data stored in the cloud and on employees’ work and bring-your-own devices. Its proxy captures traffic to perform logging, document watermarking and tracking, and more, alerting managers when a file’s been shared outside of a company’s walled garden or when it’s been copied and pasted into another file. Moreover, Bitglass can remotely wipe mobile devices in an agentless fashion or enforce encryption, PIN, and other device security settings — all without the need to locally seed clients.

That’s the tip of the iceberg. Bitglass’ machine learning tech automatically detects potential data leakage paths in apps or web traffic, and its Zero-Day ShadowIT product taps an index of over 100,000 cloud apps to surface nefarious services lurking under firewalls and proxies. Its contextual access control tools track variables including location, user group, access method, and time-of-day, and enable admins to vary the level of access within and across cloud applications or provide quarantined or encrypted access, previews, or redactions. (Users’ behavioral signals are fed into a reporting and dashboard system that highlights causes for concern.) And it provides a library of predefined policy templates that identify common content types like credit card data, as well as a custom policy builder that incorporates keywords, regular expressions, proximity, occurrence, and other identifiers.

In addition to native single sign-on, Bitglass supports Active Directory synchronization and authentication, contextual multifactor authentication, and API management for SaaS apps and infrastructure-as-a-service (IaaS) such as Amazon Web Services and Azure. Across all of these, it provides a malware protection solution courtesy of Cylance, which blocks threats even on unmanaged devices.