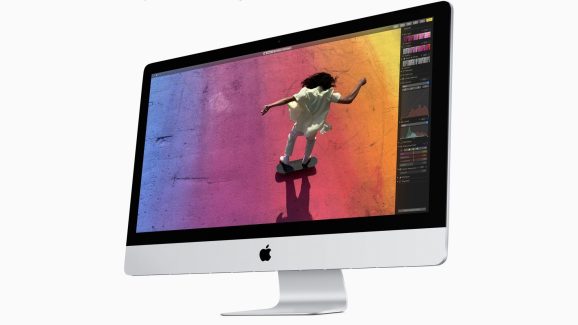 While certain deluxe iPhone models have moved from LCD to OLED screens, Apple is apparently planning to transition its key computers and tablets to an interim display technology — mini LED — in an effort to economically improve their color and contrast performance. That’s the latest word from generally reliable supply chain analyst Ming-Chi Kuo (via Digitimes), who predicts the technology will appear over the next two years in Apple’s larger-screened products.

Mini LED is a transitional technology between traditional LCD and newer micro LED screens, the latter of which was on Apple’s radar last year, but remains cutting edge and challenging to manufacture, particularly for big devices. With mini LED, Apple could achieve OLED-like display thinness, while markedly improving the color gamut and dynamic range of its larger screens. The new displays would also support TV-like features such as local dimming and high contrast ratios.

The key reason Apple would pick mini LED over OLED is pricing. While OLED screens can be two or three times as expensive as comparably sized LCD screens, mini LED is only 20% more expensive than LCD, and can be made in the same plants. Apple hasn’t switched any device larger than the iPhone over to OLED.

According to Digitimes, Kuo expects the mini LED technology to debut first in a 31.6-inch iMac in the second or third quarter of this year, followed by a 10- to 12-inch iPad late in 2020 or early 2021, and a 15- to 17-inch MacBook in the first half of 2021. That said, there’s some ambiguity over whether Kuo was actually referring to a 31.6-inch iMac or a new professional-caliber display for desktop Macs; Apple is expected to debut the latter this year, and could use it to spotlight the same technology.

Moving to mini LED could keep Apple from depending too much on rival Samsung, which has supplied most of Apple’s OLED needs for iPhones. Apple is expected to source the new screens from mini LED chip supplier Epistar and LCD maker LG Display.