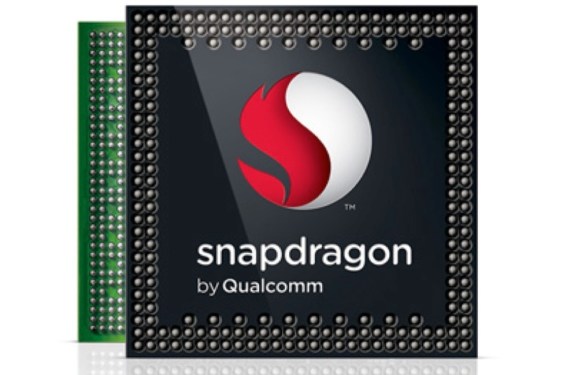 It’s that time of year again. Today at its annual AI Day conference in San Francisco, chipmaker Qualcomm revamped the midrange products in its system-on-chip portfolio with faster graphics, more power-efficient cores, and other silicon accouterments. The Snapdragon 670 gained a counterpart in the Snapdragon 665, and the Snapdragon 700 series has two new SKUs in the long-rumored Snapdragon 730 and a gaming-optimized variant dubbed Snapdragon 730G.

“In the last several years, we’ve had a few different technologies that we’ve [explored],” said vice president of product management Kedar Kondap during a press briefing. “One is obviously [the] camera. Secondly, AI, and … gaming … [We’ve] focused on … power, [making] sure we drive very high performance.”

As for graphics, Qualcomm is claiming up to 20 percent power savings with the Adreno 610 GPU, which supports Vulkan 1.1. And the modem — the X12 LTE, the same inside the Snapdragon 636 — supports 802.11ac Wi-Fi and cellular download and upload speeds of up to 600Mbps and 150Mbps (LTE Category 13), respectively, three times carrier aggregation, and 256-QAM.

Those aren’t the only upgrades in tow.

The Snapdragon 665 is capable of up to two times faster on-device AI processing, thanks to built-in Hexagon Vector Extensions and an onboard Hexagon 686 DSP coprocessor.

If “Hexagon” doesn’t ring a bell, here’s a quick primer: It’s a chip (technically a digital signal processor) designed to accelerate machine learning and AI applications, chiefly through special instructions optimized for scalar and vector operations. Like the Neural Processing Unit (NPU) in Huawei’s Kirin chipsets, the dedicated AI core in Samsung’s Exynos 9820, and Apple’s Neural Engine, it can achieve in the range of thousands of bits of vector units per processing cycle, compared to the average CPU core’s hundreds of bits per cycle.

“I think we have more than a billion Snapdragon clients today that [are] AI accelerated, which means AI is not running just in the CPU — it’s running in other portions of Snapdragon to accelerate the AI processing,” Kondap said.

The Snapdragon 730 joins the Snapdragon 710 as the second chip in the 700 series, announced in February 2018, and looks to be a substantial upgrade over Qualcomm’s existing midrange lineup. It’s built on an 8-nanometer manufacturing process and has Kryo 470 cores inside, paired with a Hexagon 688 DSP, a Spectra 350 image signal processor, and an Adreno 618 graphics chip (which also has a Vulkan 1.1 graphics driver).

Other highlights include Qualcomm’s Processor Security technology, which in tandem with Qualcomm’s Content Protection prevents premium HD video content from being duplicated or ripped from a stream, and Qualcomm’s Aqstic Audio, a collection of high-fidelity audio codecs with features like active noise cancellation, speech recognition, and natural language processing.

Qualcomm says the AI Engine in the Snapdragon 730 — now in its fourth generation — feature single-precision floating-point format and INT8 dot product instructions, courtesy the Kryo 470. (The Hexagon 688 supports INT16, INT8, and mixed tensor acceleration.) And it says that the Adreno 618 has additional arithmetic logic units (AMU), which should further accelerate performance in AI workloads.

On the photography side of the equation, the Spectra 350 ISP can capture pics up to 192 megapixels in size, 4K HDR video portraits, and high-definition footage at up to 960 frames per second (at 720p). It also supports optical character recognition and HEIF, an image container that leverages modern codecs like HEVC to improve quality, compression, and capabilities over earlier formats like JPEG, GIF, and PNG. (HEIF also includes encoded image sequences, image collections, auxiliary images like alpha or depth maps, live images and video, audio, and HDR.)

More generally, the Snapdragon 730 delivers about 25 percent and 35 percent faster graphics rendering and CPU performance compared with the Snapdragon 710, and two times the AI performance. That’s in addition to support for high dynamic range (HDR) gaming — a first for the 700 series, Qualcomm notes — with 10-bit color depth and the Rec. 2020 color gamut for over a billion shades of color. (The Snapdragon 730 is Qualcomm’s second chip after the Snapdragon 855 that can display HDR games in full color.)

Qualcomm also detailed a specialized variant of the Snapdragon 730 — the Snapdragon 730G — that is by and large identical from a design standpoint, with the exception of a few gaming-focused features culled from Qualcomm’s Snapdragon Elite Gaming suite. It’s “optimized” for top games and capable of faster rendering (up to 15 percent faster than the Snapdragon 730), the chipmaker claims, and boasts built-in anti-cheat extensions and a wireless network manager that automatically reduces latency. Lastly, there’s a motion-smoothing “jank reducer” feature that helps minimize stutter for games running at 30 frames per second.