Uber is launching a new program that makes it easier for businesses to give their customers free rides on the ride-hailing service.

Called Uber Vouchers, the new initiative is designed to help any company “sponsor transportation,” according to Ronnie Gurion, global head at Uber for Business, in a blog post.

Uber Vouchers can be used for pretty much anything — it could constitute part of a company’s reward-based system for existing customers, or perhaps used as a perk to attract new customers. By way of example, Uber anticipates vouchers being used by restaurants to entice new diners by offering to pay for their ride.

“While many restaurants are already leveraging Uber Eats to reach more consumers with delivery, they now have the ability to promote dine-in experiences by removing barriers to get to their physical locations,” Gurion said.

Uber Vouchers has been in the works for around a year, and Uber has worked with a number of retailers and restaurants to refine the offering, including Live Nation, TGI Fridays, Golden State Warriors, MGM Resorts, and Sprint.

It’s worth noting here that Uber has offered gift cards for a while already, which could technically be used as part of a company’s promotional efforts — but they are not really designed with that use-case in mind. With Vouchers, Uber is specifically targeting businesses with a centralized web-based management console that makes it easy to manage their marketing and customer service-related offerings that require getting customers from A to B.

On the business side, admins and support staff can access a desktop interface through which they can create and control the value of each voucher, how many are available, their lifespan, and even the permitted route. 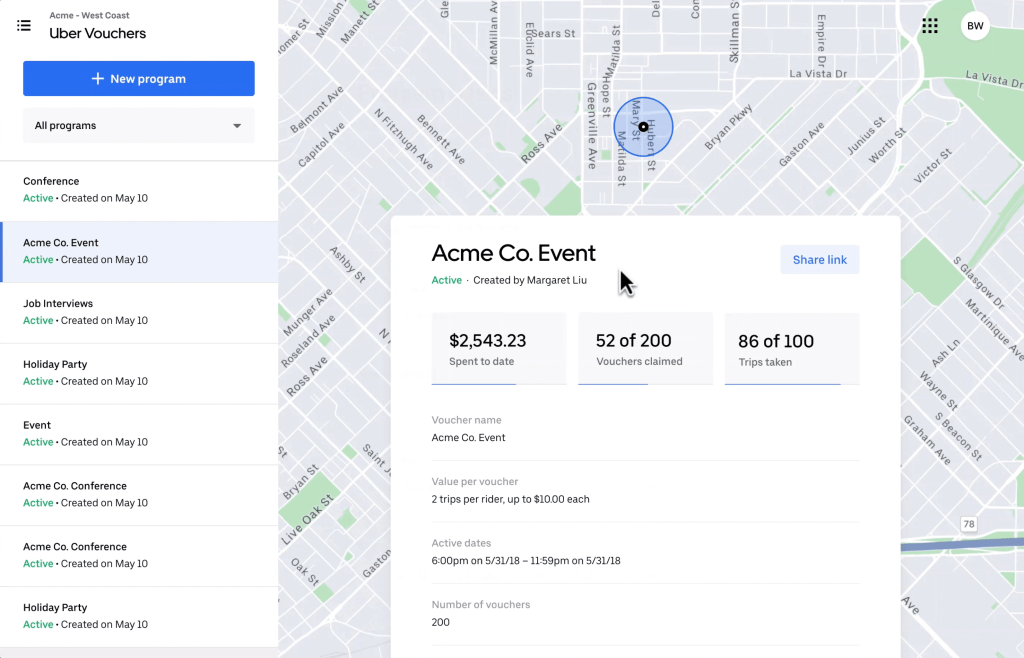 Above: Businesses can create and manage vouchers through a desktop interface

On the customer’s end, they receive an alert that they’ve been sent a voucher, at which point they hit “Accept voucher.” 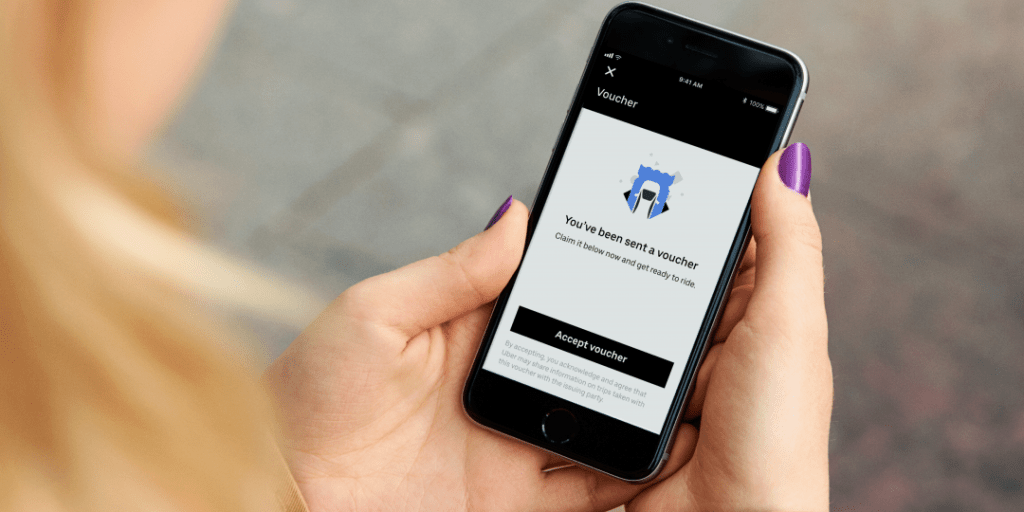 Above: Uber Vouchers: What the customer sees

Though Uber started life as a ride-hail app for the general public, it has long evolved to cater specifically to businesses. Way back in 2014, the San Francisco-based company launched Uber for Business, which lets employees bill their Uber trips directly to their employer.

Back in November, Uber officially extended its Uber Eats food-delivery service to companies, too, with the launch of Uber Eats for Business.

“With the rise of on-demand entertainment, convenience is key for anyone deciding between an evening at home or a night on the town,” Gurion said. “As businesses continue to look for innovative ways to engage with their customers, Uber Vouchers web-based tool and API provides access to Uber’s technology to enhance their customers’ overall experience while satisfying their business goals.” 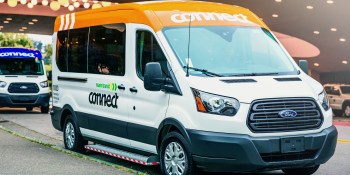 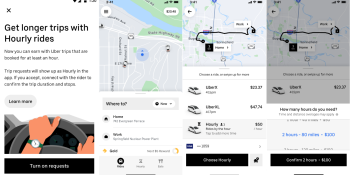