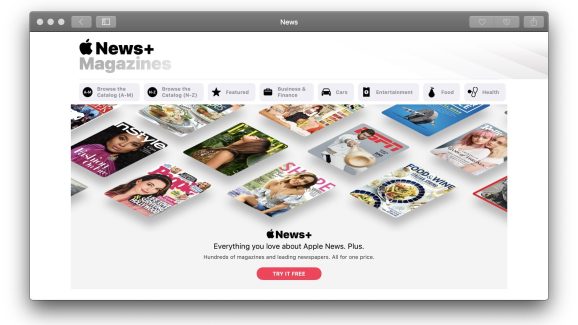 After a splashy launch at Apple’s campus last month, the subscription news and magazine service Apple News+ is already facing complaints from some of its earliest participants, Digiday reports today. Their conclusion: Apple’s focus is more on making money from aggregating content than on providing consistent experiences for either users or publishers.

Apple News+ is an evolution of Texture, a magazine-focused “all you can read” service Apple acquired in early 2018. While Texture offered access to roughly 200 magazines for $10 per month, News+ expanded the collection to over 300 publications, now including some paywalled newspapers and websites — one of several changes that made both publishing and navigating News+ content confusing.

According to the report, publishers have run into serious problems formatting articles for the app. Apple hasn’t fully followed through on promises to provide some publishers with article templates that will pop in the News app, and there are bugs in the tools that are supposed to turn print magazine pages into News-ready articles and ads. Digiday also says that Apple is “playing favorites” with publishers, inviting only some into a private Slack channel for assistance.

As a result, some publications are simply submitting magazines in PDF format, while others are choosing the expense of effectively copy- and design-editing all of their content a second time for News+ — even though they don’t know how much money they’ll make from Apple’s audience. Users of the app then have the uneven experience of trying to navigate through a mix of PDFs, numerous articles sharing the same lookalike templates, and a smaller number with custom designs, all with confusing navigation.

Other companies might be able to claim indifference to such issues, but Apple puts heavy emphasis on the elegance and user-friendliness of its products, elements that aren’t apparent in News+. “You think of Apple, and they’re so design-conscious,” one of five publisher sources said. “This doesn’t feel like that at all.”

Much like Apple’s prior news-focused endeavors, Apple News+’s appeal to both publishers and users will likely remain cloudy for some time. After opting not to participate itself in the launch, The New York Times reported that over 200,000 people signed up for Apple News+ in its first 48 hours — a tiny number by contrast with Apple’s other services, but more users than Texture had at peak. That number, however, was likely fueled by a mix of Texture converts and free 30-day trials, so it remains to be seen how many people will be willing to pay once those trials expire in the next 10 to 12 days.