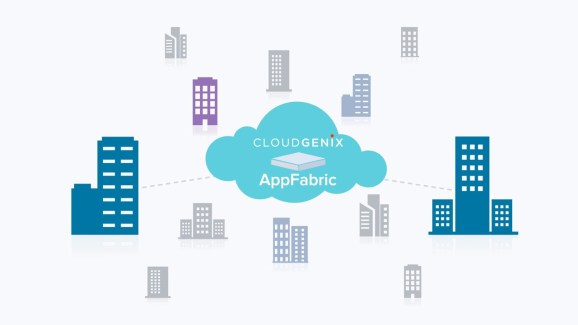 CloudGenix, a San Jose, California-based provider of software-defined wide area networks (SD-WANs), today announced that it’s raised $65 million in series C financing, following on the heels of an investment from Intel and a $25 million series B round in May 2015. Bain Capital Ventures, Charles River Ventures, Mayfield Fund, Intel, and ClearSky Ventures participated in this latest raise, which brings CloudGenix’s total venture capital haul to nearly $100 million.

“We are leading a revolution in the networking industry,” said CloudGenix founder and CEO Kumar Ramachandran, a 13-year Cisco veteran. “We are executing on our vision of delivering autonomous WANs to our customers — enabling them to specify application policies aligned to their business and have the infrastructure choreograph itself. We couldn’t be more thankful to our customers and look forward to serving them in even larger numbers.”

CloudGenix’s platform — AppFabric — aims to bring network apps from expensive equipment to WANs that span cellular, broadband, and multiprotocol label switching (MPLS) branch offices. Toward that end, it virtualizes networking components to marry connection types and employs tunneling to enable firewalls and other security, voice, and operations services. Admins can control performance through a point-and-click portal with customizable rules and policies or let CloudGenix’s tech autonomously respond to changes in transaction response times, throughput, and other app behaviors and network conditions.

It’s built around a zero-trust model and designed to ensure that sensitive data is never forced through a single cloud controller, said CTO Mukhtiar Shaikh, all while exposing which apps are consuming the most capacity and dynamically diverting traffic to paths when something goes awry (where policies allow). “Our system is autonomous,” he added. “We characterize network and application behavior in real time and use data science techniques to auto-correct application behavior. Data is the new soil and is giving life to modern, autonomous infrastructure.”

CloudGenix claims the path selection and prioritization decisions made by its instant-on network technology — which can be deployed using either its hardware appliance or existing infrastructure — allow most customers to achieve more than twice the performance at less than half the cost of traditional hardware upgrades. Moreover, it says its platform integrates with products from security vendors and UCaaS providers including Palo Alto Networks, Symantec, and Zscaler, plus cloud providers such as Amazon and operational tool vendors such as PagerDuty and ServiceNow.

Since CloudGenix’s launch out of stealth in April 2014, a raft of competitors have emerged to tackle an industry that’s predicted to be worth $4.1 billion by 2023. There’s VeloCloud and Silver Peak, which recently raised $35 million and $17 million, respectively. Viptela was acquired by Cisco in 2017, and Acton, Massachusetts-based virtualized mobile networks startup Affirmed Networks raked in $38 million earlier this year from Qualcomm and other investors.

“CloudGenix AppFabric has helped countless household name brand companies modernize their network to be an enabler of agility and digital transformation,” Ramachandran said. “By aligning business goals with the implementation of WAN policy we help global businesses integrate the cloud, optimize WAN cost efficiency and management, and automate their infrastructure in ways that were not previously possible.”