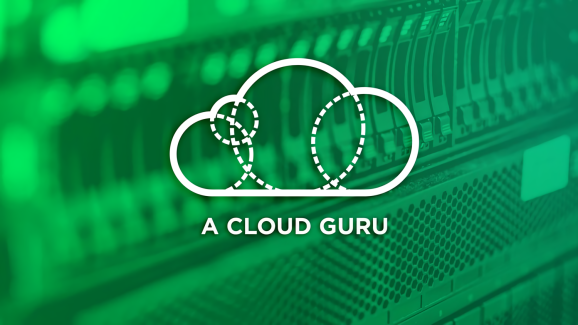 “We are humbled by this level of support from our investment partners,” added Kroonenburg. “We are eager to continue building our engineering, content, and go-to-market teams to support our customers and partners. We are now even better positioned to help more businesses and individuals learn to cloud.”

A Cloud Guru was founded in 2015 by Sam Kroonenburg and former Microsoft lead engineer Ryan Kroonenburg (his brother) after Ryan struggled to find affordable, effective learning resources for cloud app development. He recorded A Cloud Guru’s first class in a makeshift studio from his London apartment over the course of six weeks and submitted it to a popular training site, where it went on to attract over 8,000 paying customers.

“It’s amazing to think how far we’ve come since those early days in 2015,” said Ryan Kroonenburg. “With this round of investment, we have additional resources to do even more in support of the A Cloud Guru community.”

A Cloud Guru offers certification courses covering a range of IT domains and cloud platforms, including Amazon Web Services, Google Cloud Platform, and Microsoft Azure. It recently launched ACG for Business, a premium learning management and talent development service that counts Dow Jones, Capital One’s DevExchange, Expedia, Women Who Code, and Qualcomm among its clients. And A Cloud Guru claims that to date, more than 850,000 students across 186 countries have taken its classes, labs, and quizzes.

“Enterprise workloads continue to move to the cloud at an enormous pace, requiring a new set of IT skills to design, manage and secure applications,” said Summit Partner managing director Tom Jennings, who joined A Cloud Guru’s board of directors as part of the funding round. “ACG’s platform uniquely enables organizations to develop their existing employees’ cloud skills and provide ongoing training to ensure continued aptitude in cloud architecture. And the results are impressive.”

In addition to its Austin, Texas headquarters, A Cloud Guru has offices in Washington, D.C., Melbourne, and London.

News of the company’s funding comes days after another online education platform, Coursera, raked in $103 million at a valuation of $1 billion. Stanford professor and former Google executive Sebastian Thrun’s Udacity, meanwhile, has gone on to raise $160 million in less than eight years, while data science course provider DataCamp has raised over $30 million.

Online education platforms are anticipated to grow from a $4 billion industry today to a hefty $21 billion market by 2023, according to research firm Markets and Markets. Last year alone, about 20 million users signed up for at least one online course, and the number of paying customers increased substantially. (Coursera’s estimated revenue for 2018 was $140 million, up from $100 million in 2017, and Udacity’s grew roughly 25% year-over-year to $90 million.)