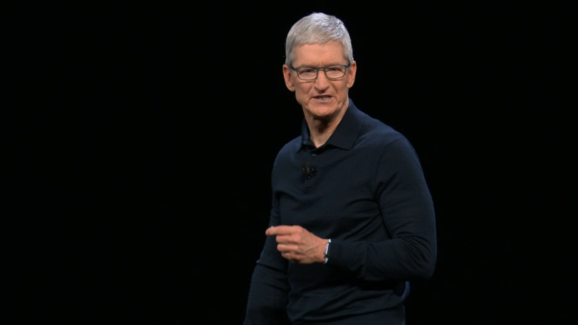 After releasing second-quarter 2019 financial results today, Apple CEO Tim Cook and CFO Luca Maestri are hosting their quarterly live question-and-answer session for financial analysts. We are covering the session live, with updates below in chronological order as the call proceeds.

This is a breaking news story and will be updated frequently. Please refresh for additional details.

Today’s Q&A comes after Apple disclosed a second consecutive quarterly decline in sales, including modest dips in iPhone and Mac revenue offset by stronger Services revenue, iPad sales, and Wearable/Accessory sales. Cook said sales were weaker in developing countries than developed ones, yet suggested they were turning up compared with the prior quarter.

While overall revenues were down by 5% from last year’s quarter, Cook focused largely on a collection of positives, noting that the company now has 390 million active subscriptions fueling its Services business, which will continue to grow due to the services Apple previewed at its March special event: Apple News+, Apple Arcade, Apple TV+, and the Apple Card, which collectively build upon the existing successes of Apple’s app, iTunes, and retail stores.

Cook said that the Mac business was held back by processor constraints, which reduced sales by 5% from the forecast — an issue he doesn’t believe will continue to be a problem. iPad sales were improved by the release of iPad Air and iPad mini models with A12 Bionic chips and Apple Pencil support. The latest AirPods, he said, have had “incredible” sales and become a “cultural phenomenon.” He also suggested that sales in Apple’s retail stores have been improved by trade-ins, with more than 4 times the trade-in activity of a year ago.

Maestri drilled down on the company’s results, suggesting negative foreign exchange issues because of a strong U.S. dollar, and said the gross margin was 37.6%, with products at 31.2% and services at 63.8%  — enabling Services to account for 20% of all gross revenue and one-third of profits. He also noted that the company’s loyalty is buoyed by 99% customer satisfaction across the iPhone XR and XS lineup.

Subscriptions, he said, are growing strongly around the world. Paid subscriptions went up 40% across each geographic segment over the last year, and the company expects the numbers to continue to go up over the next year.

iPad revenue grew everywhere, even including China, and the tablet had its best quarter ever in Japan. Revenue growth has resulted from strong customer response to the iPad Pro, and the iPad family has a 93% customer satisfaction rate overall. Wearables grew almost 50% year-over-year, with the Apple Watch having its best results ever in a non-holiday quarter and AirPods demand continuing to outpace supply.

What are you seeing in China? Things look to be improving sequentially

Cook: We’re seeing in the iPhone space a better year-over-year performance in the last weeks of the quarter compared with the full quarter, or November-December. We made price adjustments backing out the weaker currency effect and then some; there are stimulus programs introduced by the government. Our trade-in and financing programs have been well received there, and there’s an improved trade dialogue between the U.S. and China, improving consumer confidence.

What’s the story with the Qualcomm settlement? Anything to say on 5G?

Cook: We’re glad to put the litigation behind us and very happy to have a multi-year supply agreement, as well as a license arrangement with Qualcomm. We feel good about the resolution.

Any adjustments in India? What’s the situation with investing in Services?

Cook: We’ve made some adjustments in India, and we try to learn the best we can from prior experiences — we’ll do that with this as well.

Maestri: We’ll do what we need to do in terms of increasing service investments to make these services successful, as they’re clearly capable of improving our bottom line.

What more can you say on 5G, or adopting new technologies in general?

Cook: I’m going to largely punt on this. We look at a lot of things on different technologies and try to select the right time that things come together and get those into products as soon as we can. From a cost point of view, the technology had cost pressure over the last couple of years or so. But in the commodity market, DRAM and NAND are going in the other direction. It’s the aggregate of all of it that really matters from a price point of view.

What have you learned about pricing elasticity?

Cook: I was talking about China specifically in opening remarks, and how things turned up after price reductions and other factors, such as trade-in/financing programs. What we’ve learned is that many people really do want to trade in current phones, and from a customer standpoint it looks like a subsidy and is a way to offset device cost itself. In literally every market we’ve tried this in, there’s a reasonable number of people who want to pay on installments rather than all at once. We’re learning quickly on this.

Stimulus programs in China are having an effect on the consumer, and VAT reduction from 16% to 13% was aggressive; the improved trade dialogue improves consumer confidence.

Maestri: Any time we do a price reduction it dilutes gross margin, but we look at the total amount that comes in, and think that it’s positive.

What types of devices are being traded in?

Cook: All over the place — 6 models, some 7 models, fewer 8 models, but there are some of each of those. Some customers are on 1-, 2-, 3-, or 4-year cycles. We’re currently offering trade-in values that are more than the “blue book” of the device, if you will, and have topped those up to provide an extra benefit to the user. Installments are different in each geography, but China is doing the best with installments, with a unique offering there that further helps. We’re trying to teach consumers that there’s money and an environmental benefit to trading in.

How does Qualcomm impact earnings?

Maestri: We’re not sharing the financial terms, as part of the settlement. But our gross margin guidance fully comprehends the outcome of the agreement with Qualcomm.

Are there further new services coming after those already announced?

Cook: We’re always working on new things, but currently focused on getting these four (News/TV/Card/Arcade) out there.

Which of the services has the most potential to help the Services line in the next 12 months, then over the long term?

Cook: We’re taking consumer interest in the Apple Card, and there’s significant interest on that. Gaming is the top category in the App Store, so Apple Arcade will serve some of that market. TV+ plays in a market where there’s a huge move from cable bundle to over-the-top service, and we think most users will get multiple OTT products. We’ll do our best to get them to include TV+. And we want to get customers to give News+ a look, as I love magazines and really want to support publishers. We’re at the very beginning of the ramp there — these aren’t hobbies, we’re only entering markets where we think we can do well.

What about India, given that Android is so entrenched?

Cook: India is a very important market in the long term but challenging in the short term. We’ve started manufacturing there, which is important to being able to serve the market in a reasonable way, and would like to place retail stores there — we’re working with the government to seek approval to do that. We’re planning to go in with all of our might. It’s a long-term play and won’t be a huge business overnight, but I think the growth potential is phenomenal. It doesn’t bother me that it’s primarily an Android business at the moment because I just think that means there’s opportunity there.