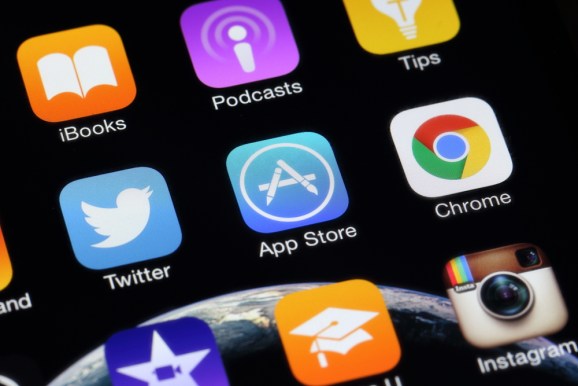 Apple is facing an antitrust investigation that could have been predicted the moment it announced it was getting into the music streaming business four years ago. The company can most likely expect a similar investigation down the road after it launches its video streaming service later this year.

The first investigation follows a complaint lodged by music streaming leader Spotify earlier this year, according to the Financial Times. Citing sources, the newspaper reported that the European Commission’s competition division has officially opened the case, which will likely involve talking to other services that have been quietly chafing under Apple’s App Store rules.

“In recent years, Apple has introduced rules to the App Store that purposely limit choice and stifle innovation at the expense of the user experience — essentially acting as both a player and referee to deliberately disadvantage other app developers,” Spotify cofounder and CEO Daniel Ek said in a statement in March, when the company filed its complaint. “After trying unsuccessfully to resolve the issues directly with Apple, we’re now requesting that the EC take action to ensure fair competition.”

Specifically, Spotify is frustrated by Apple’s policy of taking 30% of the fees for subscriptions from music and other services sold via the App Store. Spotify argues that Apple is doing this in part to gain an advantage for the Apple Music streaming service that it launched in 2015.

Apple responded by insisting that Spotify has benefited from its platform and accusing its rival of wanting special treatment. But this fight is really about how Apple has used its massive installed base of iOS users to launch its own music streaming service and then rapidly close the gap with Spotify, a service that launched back in 2007.

One can debate the relative merits of Apple Music and Spotify in terms of their design, subscription models, and payment to artists. But the reality is that there is nothing revolutionary about Apple Music. Had it been launched by anyone old startup, it certainly wouldn’t have 56 million subscribers by now.

In Silicon Valley, leveraging one’s platform is standard practice and is heartily applauded. The EU takes a very different view. European regulators believe it is their job to protect consumers from such practices, which they argue harm innovation and therefore indirectly limit choice.

Whether you agree with this legal and political reasoning or not, the EU has been consistent on one point: Companies can’t use their power in one market to gain an advantage in other markets.

Back in 2004, the EU ruled that Microsoft did this by making its browser free to Windows users. The EU went on to levy hundreds of millions in fines against the company while requiring that Microsoft make downloading rival browsers easier. EU regulators also required Microsoft to unbundle its media player from Windows, arguing that it had harmed competitors such as RealNetworks.

Google was fined $1.69 billion by the EU a few weeks ago for abusing its dominant position in search to force third-party sites to favor its own ad network while freezing out rivals. Last year, EU regulators fined Google $5 billion for abusing the dominant position of its Android mobile operating system to favor its own apps. And in 2017 the EU hit Google with a $2.72 billion antitrust penalty for abusing its dominance in search to boost its comparison shopping service.

In the cases against Microsoft and Google, EU investigations took years and remedies that required changes in behavior came well after rivals had been beaten or greatly diminished.

Apple is likely betting that an App Store inquiry will also drag out for years and that the size of any eventual penalty will be manageable. The EU can technically levy fines up to 10% of revenue. But what’s a few billion dollars to a company that prints money? Apple likely factored this fight in even as it was creating Apple Music.

And the company is likely making the same calculations as it moves toward launching its video streaming service later this year.

Apple has already been seeing greater friction with Netflix, which late last year pulled billing support for its subscription service from Apple’s platform. There has been some growing concern on Wall Street that these tussles are starting to slow growth in some parts of Apple’s critical Services business.

It makes sense, then, that Apple would want to finally launch its own streaming service to continue building its subscription services. For its AppleTV+ service, it’s offering originals from big names attracted by the company’s brand and deep pockets. But the unveiling of AppleTV+ in March revealed there was again nothing remarkable about Apple’s approach — it’s following the same playbook as Netflix.

What gives AppleTV+ a chance of success is those iPhones Oprah cited when she exclaimed: “They’re in a billion pockets, y’all!”

Forget the notion that innovation is important. Calculations by tech giants are remarkably cynical. And as long as the rewards continue to outweigh the risks, that will continue to be the case.