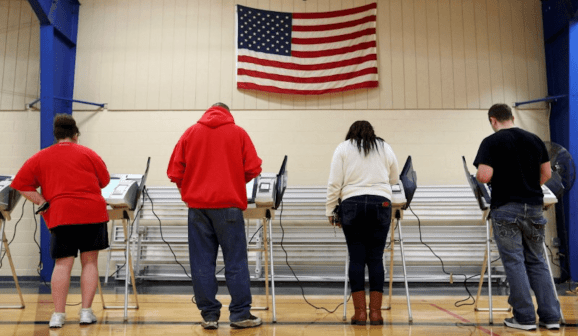 Microsoft is introducing tools and services for political parties and democratic governments with ElectionGuard SDK, an open source software development kit for verification of elections results, and M365 for Campaigns with additional email security for political parties.

Microsoft is negotiating partnerships with the companies currently supplying the majority of voting machines in the United States that will entail supplementing their systems with ElectionGuard. The tool was developed with Galois, which recently got $10 million from DARPA’s program to verify election results.

With ElectionGuard, election officials can conduct random audits to ensure an accurate outcome of elections, and since homomorphic encryption is used to encrypt each vote, individual voters can also use the system to verify their vote hasn’t been tampered with or changed.

“One of the things we want to ensure is real transparency and verifiability in election systems. And so this is an open source project that will be alive on GitHub by the end of this month, which will even bring some new technology from Microsoft Research around homomorphic encryption, so that you can have the software stack that can modernize all of the election infrastructure everywhere in the world,” CEO Satya Nadella said onstage today at Microsoft’s annual Build developer conference in Seattle.

The SDK will be released next month, while a separate ElectionGuard reference design for voting systems is due out later this year.

“Our sample reference will showcase how people can make their selections at home, where they can easily research their choices, then bring a QR code to the polling place to scan and pre-populate their ballot,” Microsoft VP Tom Burt wrote in a blog post.

ElectionGuard will be made ready for use in the 2020 election in the United States and may over time be improved to handle more scenarios, like mail-in ballots or ranked-choice voting.

Also introduced today was M365 for Campaigns, a Microsoft 365 email and IT security service for $5 per user per month. Email security is particularly important, since many political campaigns are infiltrated by phishing email hacks.

Starting next month, M365 for Campaigns will be available for all federal election campaign candidates, federal candidate committees, and national party committees in the United States.

Both ElectionGuard and M365 for Campaigns are part of Microsoft’s Defending Democracy Program created last summer to disrupt disinformation campaigns and safeguard democracy.

“We believe technology companies have a responsibility to help protect our democratic processes and institutions. Modern technology can be used to ensure the voting process is resilient,” the company’s blog post reads. “At the same time, ElectionGuard is not intended to replace paper ballots but rather to supplement and improve systems that rely on them, and it is not designed to support internet voting.”

Microsoft will also partner with Columbia University to grow ElectionGuard adoption ahead of 2020 elections in the United States and abroad.

Election meddling like the kind Russia carried out in 2016 to help  Donald Trump get elected president is only one example of an attempt to usurp democratic processes in recent years.

Similar methods were also found to influence Brexit voters in the United Kingdom and contests in places like France, while disinformation during elections continues to be an issue in countries like India.

Concerns persist, particularly among Democrats, about the possibility of election hacking in 2020 in the United States. And as Trump was quick to launch accusations that the voting process had been rigged against him in 2016, some of his political opponents worry he may call future results into question if he loses.