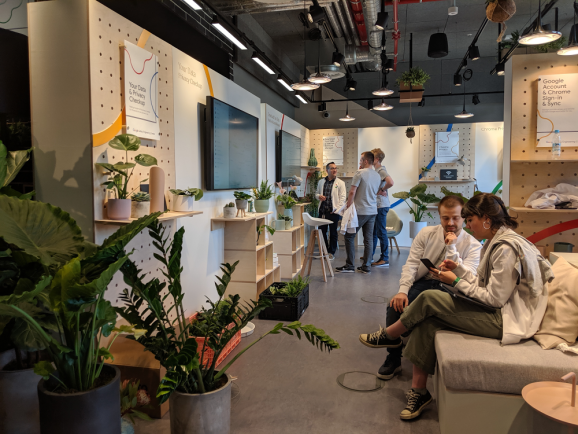 Google today announced plans to create a Google Safety Engineering Center in Munich, where an expanded team of engineers will oversee creation of privacy features across all of the company’s products. In tandem with that effort, Google will also launch the Google.org Impact Challenge on Safety to fund organizations working on digital safety issues.

A blog post attributed to Google CEO Sundar Pichai explained that the company will double the number of privacy engineers in Munich, where it already had a team working on such issues.

“The team will work hand in hand with privacy specialists in Google offices across Europe and globally, and the products built there will be used around the world,” Pichai wrote.

The announcement comes just a couple of weeks before the first anniversary of Europe’s General Data Protection Regulation. Since going into effect May 25, 2018, GDPR continues to be a hotly debated regulatory move, praised by some as a tough consumer protection standard and condemned by others as an impediment to innovation.

What’s clear is that companies are having to invest more in compliance and, at the same time, privacy has become a much larger topic around the world. Today, word came that Facebook may be negotiating a privacy-related settlement with the U.S. Federal Trade Commission that could include 20 years of oversight and billions of dollars in fines.

With privacy a growing flashpoint, Google made a number of privacy-related announcements at its I/O developers conference last week.

“I shared how we’re working to build a more helpful Google for everyone,” Pichai wrote. “Keeping people safe online, and their information private and secure, is a big part of how we do this. We believe that privacy and safety must be equally available to everyone in the world, and we bring that to life with products that empower everyone with clear and meaningful choices around their data.”

He went on to note that it makes sense to create such a center in Germany, which has been one of the more aggressive nations in terms of regulating and policing privacy issues. Pichai said products like Google Account, a central stop for checking privacy settings, was created in Munich, where the company now has 750 employees. Google expects to have more than 1,000 there by the end of 2019.

Still, beyond issues of privacy, Google products like YouTube are facing growing scrutiny for their role in spreading dangerous and misleading content. In a separate blog post, the company detailed plans to create a €10 million ($11.23 million) European grant fund for safety efforts, both on and off line.

That money will be available to “support nonprofits, universities, academic research institutions, for-profit social enterprises, and other expert organisations across Europe working on safety issues,” the post says. Anyone can apply for grants up to €1 million ($1.12 million) for work related to “tackling hate and extremism in their communities or helping young people stay safe online.”