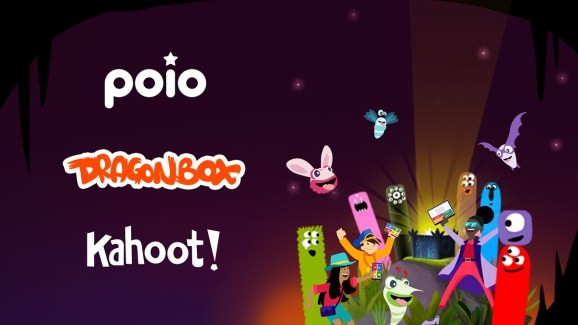 Learning company Kahoot has acquired Poio, an app that helps children learn to read, for $6.5 million.

Poio has created a learning community in Scandinavia, helping more than 100,000 children to learn to read through play. In June, Kahoot and Poio will launch the English edition of Poio and make it available to Kahoot’s hundreds of millions of users worldwide.

The transaction is based on Kahoot acquiring 100% of the shares in Poio AS for for $6.5 million in a cash and debt-free basis. The consideration will be settled by a combination of cash and new Kahoot shares at a subscription price of NOK 25 per share. The transaction is expected to be completed by the end of June 2019.

Through the acquisition, Poio will become part of the Kahoot learning experience, next to school curricula and the DragonBox family of math apps. Kahoot now has a combined 85 employees, including six from Poio.

“We’re impressed by how Poio has already helped more than 100,000 children in Scandinavia to learn how to read in an awesome way,” said Åsmund Furuseth, CEO of Kahoot, in a statement. “In June, we are together launching Poio to our international community of millions of users, empowering kids everywhere to play, learn and find joy in reading.”

In 2012, a teacher named Daniel Senn began researching for what would become Poio, now the most popular learn-to-read app in Scandinavia. The aim of Poio is to help all children learn how to read through the natural process of play. This empowers children to teach themselves how to read, putting them in charge of their own learning.

“There is only one goal for Poio, and that is to help as many children as possible to crack the reading code through play,” said Senn, now CEO and founder of Poio, in a statement. “By teaming up with Kahoot!, we will be able to launch Poio in more languages and with new functionality, bringing the joy of reading to millions of children around the world.”

Senn quit his job to dedicate all his time to create a better way for children to learn to read through gamification. For Senn, the journey was personal, as his son was born with a severe hearing problem. Knowing that his son would require extensive assistance to master reading, Senn and his wife soon realized that the journey to reading mastery had to be fun and enjoyable.

And so, Poio was born at the kitchen table of the Senn family. The goal of the game is to help a troll named Poio learn how to read the storybook he has stolen from a group of letter bugs, called Readlings. These characters introduce letters, words, and a story in a coherent fantasy world that unfurls scene by scene.

The goal of Poio is to boost children’s self-esteem, empowering them to master reading at their own pace through play, with positive feedback and exploration as the core experience. Kahoot has raised $60 million to date.