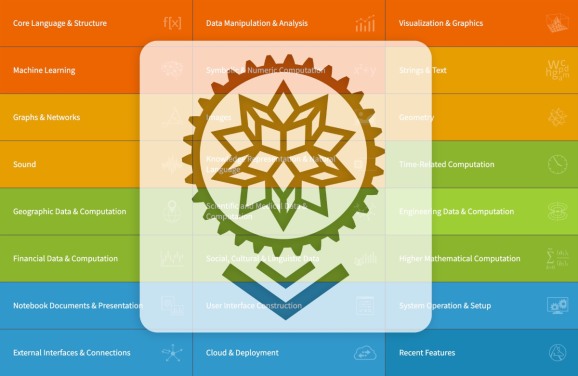 Wolfram Research today announced free access to the engine that powers its technology stack. The Wolfram Engine is available to developers for free, assuming it is used for non-production development. You can download Wolfram Engine now from wolfram.com/developer.

“The Wolfram Engine is the heart of all our products,” Stephen Wolfram explains. “It’s what implements the Wolfram Language, with all its computational intelligence, algorithms, knowledgebase, and so on. It’s what powers our desktop products (including Mathematica), as well as our cloud platform. It’s what’s inside Wolfram Alpha — as well as an increasing number of major production systems out in the world.”

The free Wolfram Engine for developers implements the full Wolfram Language as a software component that can be plugged into any standard software engineering stack. It runs on Windows, Mac, Linux, Rasberry Pi, and really any standard platform (desktop, server, virtualized, distributed, parallelized, embedded). You can use it directly with a script, from the command line, various interfaces, and via integrated development environments (IDEs).

The release of Wolfram Engine means developers can leverage curated and pretrained neural networks, the largest collection of algorithms in one system, and instant code deployment as a public or private API. The APIs can return results in any format, including plain text, images, CSV, or JSON.

“Back on the earliest computers, all one had was machine code,” Wolfram notes. “But then came simple programming languages. And soon one could also take it for granted that one’s computer would have an operating system. Later also networking, then a user interface, then web connectivity. My goal with the Wolfram Language is to provide a layer of computational intelligence that in effect encapsulates the computational knowledge of our civilization, and lets people take it for granted that their computer will know how to identify objects in an image, or how to solve equations, or what the populations of cities are, or countless other things. And now, today, what we want to do with the Free Wolfram Engine for Developers is to make this something ubiquitous, and immediately available to any software developer.”

Stephen expects Wolfram Engine to be used for prototyping and building products and applications on top of the computational intelligence platform. While it’s meant for non-production use (license) and includes a free Basic subscription to the Wolfram Cloud, the idea is to upsell developers to commercial options via desktop and cloud subscriptions.