It’s no secret that advertisers have been tracking users’ browser ad clicks and purchases, or that some companies have been using that data to follow individuals across multiple web pages. In its latest missive to web developers and advertisers, Apple today announced a new Safari feature designed to protect user privacy while allowing advertisers to track ad clicks — a technology it is offering to a web standards group to inspire its adoption across other browsers.

Revealed under the name “Privacy Preserving Ad Click Attribution,” the feature attempts to replace the classic tracking pixel-and-cookie ad monitoring paradigm with something that doesn’t compromise user privacy. Apple’s system instead uses direct communications between a device’s browser and each website for tracking — declining to uniquely identify users across multiple websites, allow “opaque third-parties” to receive attribution reports, or even let the browser’s maker see user clicks and conversions. Cookies won’t be allowed for click or conversion reporting purposes.

Though Apple will still let marketers measure ad effectiveness, it will do it on a per-site basis. The browser will store each ad click, match the same site’s conversions against stored clicks, and share the click attribution data at a randomized time between 24 and 48 hours later. If the browser is in private browsing mode, the feature won’t share ad click data at all; if it’s in regular browsing mode, it will send data through a dedicated private browsing session.

Developers interested in trying the feature can find it now in Safari Technology Preview 82 or newer, within the Develop mode’s Experimental Features submenu. Activating Ad Click Attribution enables the feature as described above, while a Debug mode cuts the randomized data-sharing time from 48 hours down to one minute for testing purposes. Apple says that the feature is early in the process of standard proposal with the W3C Web Platform Incubator Community Group, and will be turned on for an unspecified public version of Safari later this year. 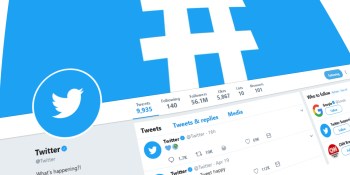