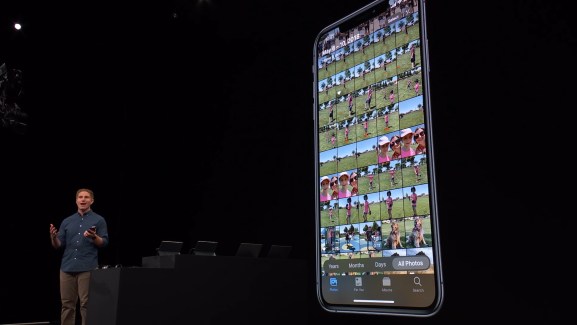 Apple is doubling down on privacy with new features and hardware for HomeKit, its expansive framework for smart home devices. At the 2019 WorldWide Developer Conference, it debuted HomeKit Secure Video, which analyzes videos from smart home devices (like security cameras) locally before encrypting them and uploading them to iCloud. And it took the wraps off of HomeKit-enabled routers from a range of third parties, which wall off devices to prevent an entire network from being compromised.

“Most home cameras today send people’s video up to the cloud so it can be analyzed to tell the difference, for example, between a leaf blowing in the wind and someone at your door,” said senior vice president of software engineering Craig Federighi onstage. “Unfortunately, this risks your privacy, but we have a new way. [The new] HomeKit has been designed from the outset to protect privacy and security in your … home accessories.”

HomeKit Secure Video API — which will be supported by forthcoming cameras from Logitech, Eufy, Arlo, Netatmo, and others — will alert you if there’s any activity courtesy local processing by a resident iPad, HomePod, or Apple TV, and you’ll be able to review all recordings in iCloud. It includes 10 days of clips in existing accounts, which won’t count against storage limits.

As for HomeKit-enabled routers, they pack privacy-preserving safeguards that extend beyond home security cameras and automatically firewall any connected HomeKit accessories. If one of them is the victim of a cyberattack, they won’t be able to access other devices or compromise personal information, Apple says.

The first HomeKit-enabled routers will come from Linksys, Euro, and internet service providers like Charter Spectrum later this year.

These weren’t Apple’s only privacy-centric announcements today. The Cupertino company today detailed a new “Sign in with Apple” button for apps and “no tracking” login, which enables users to mask their email addresses and other personal information while allowing apps to contact users indirectly.