It’s been nine years since Apple introduced Find my iPhone, and nearly eight years since it launched Find my Friends, separate apps to ease the process of finding Apple devices and users. As was rumored in April, Apple is today combining these tools into a single app called Find My, and expanding the feature further with standalone tracking accessories.

Up until now, Find my iPhone has gone beyond its name, providing up-to-the-minute tracking information for not only persistently-connected iPhones, but also iPads, Apple Watches, Macs, iPod touches, and even AirPods — when they or their host devices share location information with the network. Similarly, Find My Friends lets you locate friends and family members who have opted into location sharing. 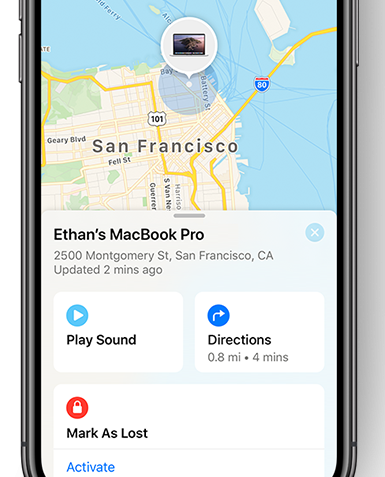 Putting these two apps together will increase convenience somewhat for iOS and iPadOS users, but represent a major step forward on the Mac, where Find My features have spent almost a decade trapped within iCloud’s web interface. That’s despite the Mac’s longstanding inclusion of a standalone Maps app, which uses the same underlying satellite or flat-shaded map details to help you find locations.

Apple also noted that Find My will have an activation lock feature that works with any T2 chip-equipped Mac, enabling computers that have been lost or stolen to be protected against easy resale by thieves. Notably, the feature will only be available with specific and more recent Mac models, as some do not use the T2 chip.