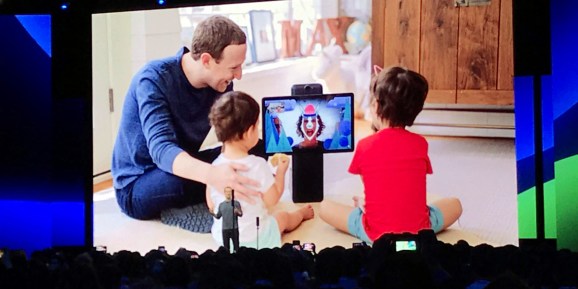 Portal and Portal+ devices for Facebook Messenger video calls and conversations with Amazon AI assistant Alexa debuted in October 2018 with 15- and 10-inch screens. Alongside the devices, Facebook created the Portal unit as part of its AR/VR division to make devices for the home.

Reports of a new Portal device that streams videos, makes video calls, and works with televisions emerged in October 2018. And Facebook employees in Seattle are reportedly developing a voice assistant, sources told CNBC this spring.