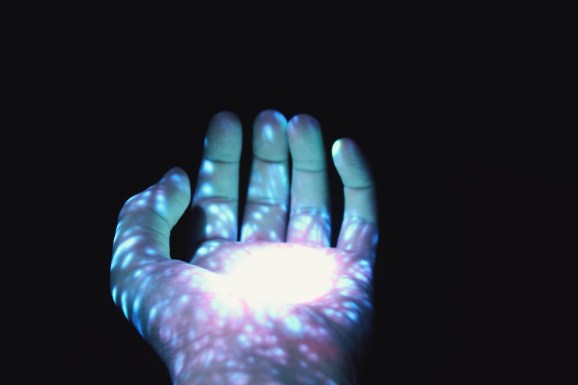 AI is dramatically enhancing industries, products, and core capabilities. But to make AI truly ubiquitous, it needs to run on end devices within a tight power and thermal budget. To learn more about the research that is advancing AI adoption, don’t miss this VB Live event featuring Qualcomm’s Senior Director of Engineering, Jilei Hou, and analyst Jack Gold.

“We’re not anywhere near a steady state with AI,” says Jack Gold, tech analyst and founder and president of J. Gold Associates. “AI is starting to take off, but we’re nowhere near the top of the hockey stick.”

The truth is that what we’re seeing now implemented in AI, while useful, is really just the tip of the iceberg. It’s still very much a custom environment in the sense that you have to do a lot of fine tuning, so it’s not completely scalable right now in a way that is able to handle all of the things that people really want it to do.

“You’ll talk to a  major company doing a lot of stuff in data with analytics and they’ll say, yeah, we can handle AI, but if you look under the covers, it’s not a mass market,” he explains. “When I talk about scalable, I mean I want every department in my company to be able to do their own thing and deploy as needed rather than having to build a skilled team for each department doing their individual thing.”

While we’re seeing the number of extraordinary use cases grow across industries, and the number of enhanced consumer experiences on devices and in core capabilities, the future that AI is capable of creating is still a while away from being realized. There are a number of areas critical to achieving that future right now, Gold says.

How and where AI develops over the next few years depends on three critical areas of research, says Gold.

“There’s a wide swath of things going on in the AI space, like NLP and vision,” he says, “But I think the real key to make this all happen is, how do we get it to a cost-effective solution that’s easily defined and deployed to end users?”

The first major area of research is developing the platform or framework that’s best to build AI systems. Companies from Google to Amazon to Microsoft are all doing something different, and the urgent question still stands: How does this all consolidate? How does it become the equivalent, in a broad analogy, Windows or Linux, so you’re not building systems for 14 different application areas? How this is answered will be one of the major factors determining how, and where, AI develops over the next five years.

Another essential area of research is how to optimize hardware systems to bring the cost down. For instance, in training systems, a lot of systems are built on very high-end, very expensive, very power-hungry GPUs. But what are the optimum hardware platforms to make AI more effective, cost-effective, and easier to run? The frameworks and the hardware are inextricably related, because what you do on one affects what you do on the other, in both directions.

The most critical piece, he says, is that today, most AI systems are built and require pretty substantial investment in data science, requiring some heavy data scientists and engineering types to build the systems and deploy them for enterprise use.

“If you want to extend AI to a wide swath of users what we need to get to over time — and it’s not going to happen overnight — is some semi-autonomous tools,” Gold explains. “The equivalent of a word processor or Powerpoint that brings it down to the user level instead of having to go out and buy 5,000 data scientists that you can’t get anyway.”

In other words, a tool in which you can define a problem you want to go solve for, or want to get information on, which then goes out and builds the AI system, the learning system, the inference system that will allow you to do that.

One of the issues in making AI work well is that much of AI is being modeled around the human mind, and how we interact with information and the world. The question is, how well can you actually model that? Neural networks are based on your brain, and as we’ve learned more over the past 70 years about how our minds work, it gets rolled back into AI technology.

“This is an ongoing challenge, understanding how best to construct the proper algorithms and make them work, and then optimizing those algorithms for various hardware systems and software systems,” he says. “A lot of people are working on the problem, but it’s not something you can solve tomorrow.”

All the major chip players are adding an NNP (neural network processor) to their chips, Gold says, and the next question becomes how to best do that.

In three to five years, the chip in every phone is going to have AI, he adds. And if you have a PC, whether it’s a chip in the CPU or an accessory chip, it also will have AI.

In this webinar, we’ll discuss: