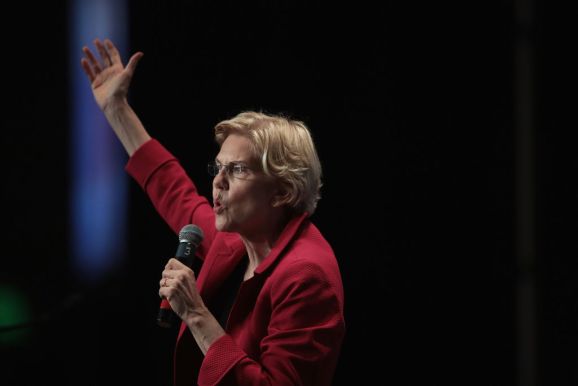 The agencies were asked in a letter whether they carry out analysis to understand the impact of algorithmic decision-making on people of color in the financial services sector, and whether the agencies have seen growth in the number of reported cases of lending discrimination.The letter cites research published in May by University of California, Berkeley that found the use of algorithms can lead to discrimination.

The use of algorithms can in some instances actually lead to lower levels of discrimination than when decision-making is carried out by people alone. But financial technology companies charge African-American and Latinx homeowners an overall 6-9 basis points higher interest rates than white or Asian borrowers. Researchers estimate this adds up to $250 million to $500 million a year in additional mortgage interest payments for the country’s black and Latinx borrowers.

“Fintech companies often use algorithms to underwrite their loans and help them determine whether a consumer is qualified to receive a mortgage, obtain a credit card, or open a bank account,” the letter reads. “As ‘consumer loan origination of all types in the United States… become[s] almost exclusively algorithmic,’ the federal government will have to take action to ensure that antidiscriminatory laws keep up with innovation.”

The letter is cosigned by Senator Doug Jones (D-AL) and asks the federal agencies to follow up with responses by June 24. Copies were sent to leaders of the Federal Deposit Insurance Corporation (FDIC), Consumer Finance Protection Bureau (CFPB), Office of the U.S. Comptroller, and the Federal Reserve.

Warren, who believes Facebook, Amazon, and Google should be broken into separate companies, has recently risen in polls in key Democratic primary states, like Iowa, where she’s in third place behind Joe Biden and Bernie Sanders, and Nevada, where Warren is polling in second place.

She is the latest Democratic presidential candidate to demand answers about how algorithms negatively impact the lives of people of color. Last fall, a group of U.S. senators, including Warren and  Senator Kamala Harris (D-CA) and Cory Booker (D-NJ), sent letters to federal agencies with questions about algorithmic bias and facial recognition software.

The senators sent letters to the FBI,  Federal Trade Commission (FTC), and Equal Employment and Opportunity Commission (EEOC) asking about their use of facial recognition software and citing AI researchers like Joy Boulamwini and Timnit Gebru, who found the systems lacking in their ability to recognize women and people with dark skin.

A bipartisan group in the House Oversight and Reform Committee earlier this month urged the FBI to take privacy and audit actions prescribed by the Government Accountability Office (GAO) and called for in the letter sent last fall. The TSA, which is currently conducting facial recognition tests in Atlanta, was also urged to take steps to protect privacy. Hackers gained access to facial recognition data collected by Customs and Border Protection (CBP) earlier this week.

In other AI and political news, the House Select Committee on Intelligence is scheduled to hold a hearing tomorrow at 6 a.m. Pacific about deepfakes and artificial intelligence.

A study released by Facebook AI last week found that object recognition systems from major companies like Facebook, Google, Microsoft, and Amazon carry bias favoring people who make more money and live in the United States and Europe as opposed to South America and Africa.