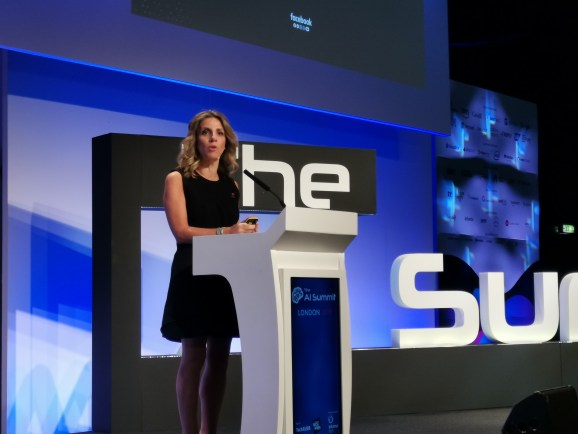 Facebook has announced that it’s opening a third office in London that will house 500 new technology jobs — 20% of which will focus on artificial intelligence (AI).

Speaking at AI Summit, a two-day event within London’s annual Tech Week, Nicola Mendelsohn, vice president of Facebook for Europe, Middle East, and Africa (EMEA), revealed that the company will add to its two existing London hubs with a new base on Shaftesbury Avenue, a prestigious thoroughfare in the center of the U.K. capital.

Facebook is no stranger to AI-focused initiatives and has long leveraged automation to detect and remove prohibited content, as well as harnessing computer vision to map demographics and human movement, among other programs. But the company has faced growing criticism for its role in the spread of misinformation, abuse, and general toxicity — Mendelsohn hinted at this by saying that many of the new AI hires will be focused on “safety and security” but stopped short of divulging a specific number.

“It will probably come as no surprise to you that I am firmly in the optimistic club when it comes to technology, especially AI,” Mendelsohn said. “And I also think that London has a very important place to play in the future of artificial intelligence. To realize the full potential of AI, we do need enough people with the right skills, the right understanding, and the training working in this area, and also [to] have the right environment for innovation and development.”

London has served as a key engineering hub for Facebook since 2016, and many of the company’s AI tools are developed at its Rathbone Square office. Indeed, startups in London and the broader U.K. have presented key acquisition targets for many of the big tech giants — last year, Facebook snapped up Bloomsbury AI, a startup building natural language processing (NLP) technology that could be used to combat fake news. And last week, Twitter announced it had acquired a London startup called Fabula AI, which uses machine learning to help spot fake news on social media.

Including the new office, Facebook will employ some 3,000 people in London by the end of 2019.