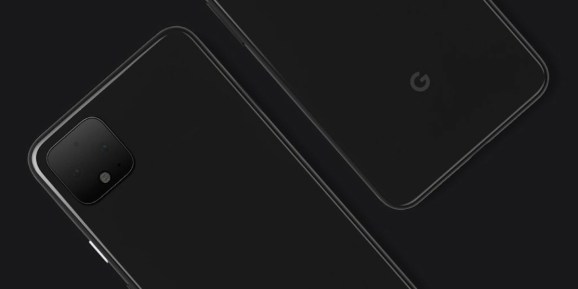 The back of Google's Pixel 4

New Pixel phones always leak long before they are announced in October. Last year, the Pixel 3 leaked more than any flagship in recent memory. So this time, after the first Pixel 4 leaks began, Google tweeted an official image of the Pixel 4’s back. “Well, since there seems to be some interest, here you go! Wait ’til you see what it can do. #Pixel4” the Pixel team wrote.

It’s a bizarre move for a few reasons. Google didn’t just confirm the Pixel 4 four months ahead of its expected debut, it did so with an image of the phone itself. The company showed the Pixel 4 has a camera bump, a mystery sensor, a tiny dot (microphone?), no rear fingerprint scanner, and most importantly, two rear cameras. Google is admitting, like Microsoft, that AI can’t do it all.

Well, since there seems to be some interest, here you go! Wait 'til you see what it can do. #Pixel4 pic.twitter.com/RnpTNZXEI1

Until now, Google has put most of its chips on AI. If you look at the highest-end model from the top three smartphone makers over the years, the clear pattern is a growing number of cameras. Google has so far successfully resisted this trend. Here are the rear camera setups from Samsung, Apple, and Huawei, plus Google:

This was fine in 2016 and 2017, because the Pixel’s software camera still won. But the number of cameras started to be too much in 2018. The Pixel was no longer the undisputed smartphone camera king. And so, in 2019, Google has finally thrown in the towel. The Pixel 4 will have a dual rear camera setup.

But it does makes sense. AI isn’t magic. It requires an input (data). The more data, and the better quality data, the more AI can do.

We still don’t know if the second Pixel 4 camera is for portrait shots or wide angles. But we know it exists. We know because Google itself showed us.

This really was just confirmation of the inevitable. We’ve seen the limits of what Google can do with one camera and AI. In October, we’ll find out what the Pixel 4 can do with two cameras and AI.