Optimizely, a testing platform that helps businesses experiment with new features inside their websites and apps, has raised $50 million in a series D round of funding from Goldman Sachs Private Capital investing and Accenture Ventures.

The company also announced it has extended an existing line of credit with Bridge Bank by an extra $55 million, bringing its total fresh financing to $105 million.

Founded in 2009, San Francisco-based Optimizely offers a range of tools to help marketing and product teams iterate their services. It’s all about optimizing adoption, engagement, and conversion by tweaking features, such as the wording on a call-to-action button, or by testing entirely new tools on audience subsets before rolling them out more widely.

While software testing tools are a major part of any digital business, allowing companies to continuously fix bugs before they cause problems in the wild, A/B testing and experimentation can be just as critical to a company’s bottom line.

“Companies that understand the increasing need to deliver better experiences to their customers invest in experimentation and build it into their company culture,” said Optimizely CEO Jay Larson. 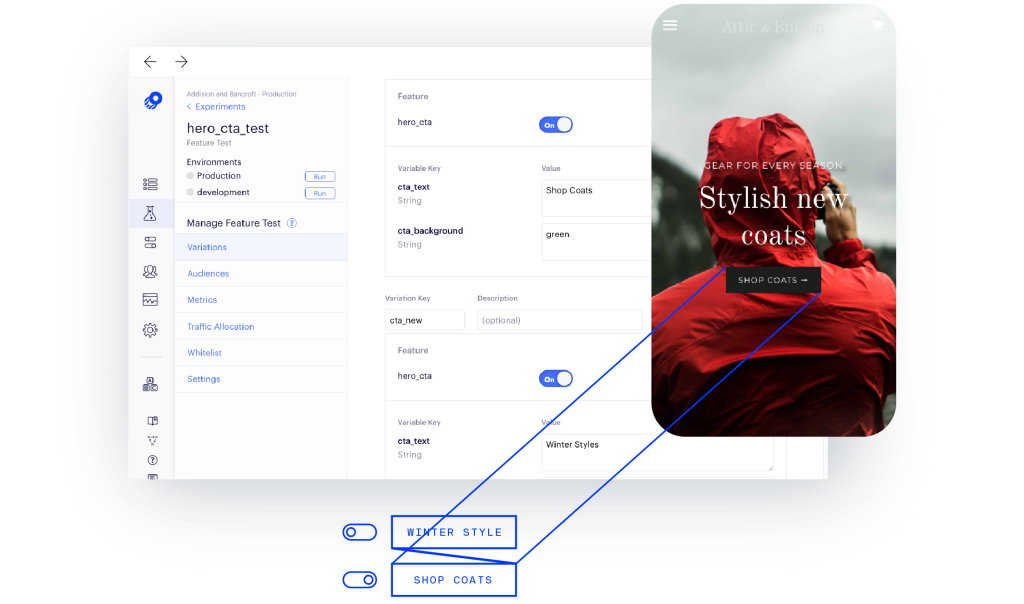 Optimizely claims some big-name clients, including the likes of Gap, Visa, Sonos, BBC, IBM, and StubHub.

There are a number of other players in the field, including Google Optimize, Oracle’s Maxymiser, and VWO, and advertising technology company IronSource recently launched an A/B testing tool for ad monetization. But Optimizely touts its holistic credentials that allow clients to test not just websites, but mobile apps and TV apps. It’s also big on developer-friendly tools, such as unlimited feature flags (the ability to easily switch app features on or off) and server-side testing.

“We are the only solution on the market that enables an entire organization, from marketing to product development, to experiment across every digital touchpoint,” Optimizely cofounder and executive chair Dan Siroker told VentureBeat.

Optimizely has now raised $200 million in equity funding since its inception, and with its fresh cash injection it plans to build out its product, team, and global reach. “We can invest more in products to put an even bigger gap between Optimizely and our competition,” Larson added. “We can expand geographically, and we will continue to grow our team of world-class digital optimization experts.”

The raise is also notable as it brings one of the startup’s long-time partners on as an investor. Since 2013, Optimizely has worked with professional services company Accenture, which has used its testing toolset for customers’ digital projects via Accenture Interactive.

“Today’ s business leaders are aware of the importance of experience but nevertheless struggle to continuously optimize and personalize their channels consistent with their customers’ expectations,” said Accenture Interactive executive Matty Wishnow. “We know well that experimentation is the quickest, most confident path to better user experiences and returns on investment.”