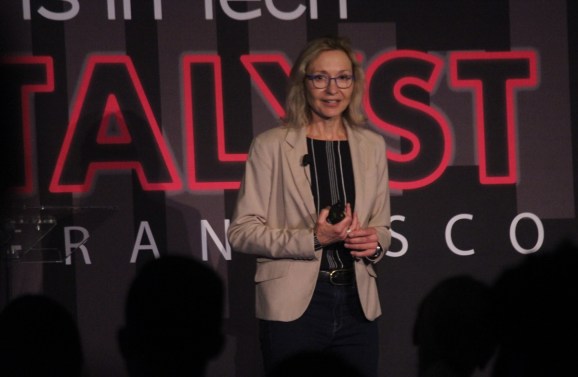 Pamela Rice of Earnest at Catalyst.

Tech megatrends are going to change our world in a revolution like we’ve never seen before, according to Pamela Rice, chief technology officer of fintech company Earnest, in a talk at the Girls in Tech Catalyst conference in San Francisco.

We have heard this and some of the predictions below before, but Rice brought her own perspective to these changes. She thinks this technology revolution will result in a blurring of the physical, digital, and biological worlds.

“How many of you thought 30 years ago that you would be connected to something in your pocket that was more powerful and had more memory than … your computer?” she asked at the beginning of her talk. “In fact, probably three of those now fit in your pocket. How many of you thought that that was possible? Now that you probably also don’t think it’s possible, but in the next 10 to 15 years … we will actually be connected. We will be the internet.”

She said we are in the midst of a revolution and it’s not easy to see it. She said the changes coming from the internet of things, artificial intelligence, blockchain, 3D printing, and nanobots are all coming at the same time. And she said women are important parts of these changes because “how do you make the future when only half the population is involved?”

Here’s a summary of her predictions.

1. The internet of things 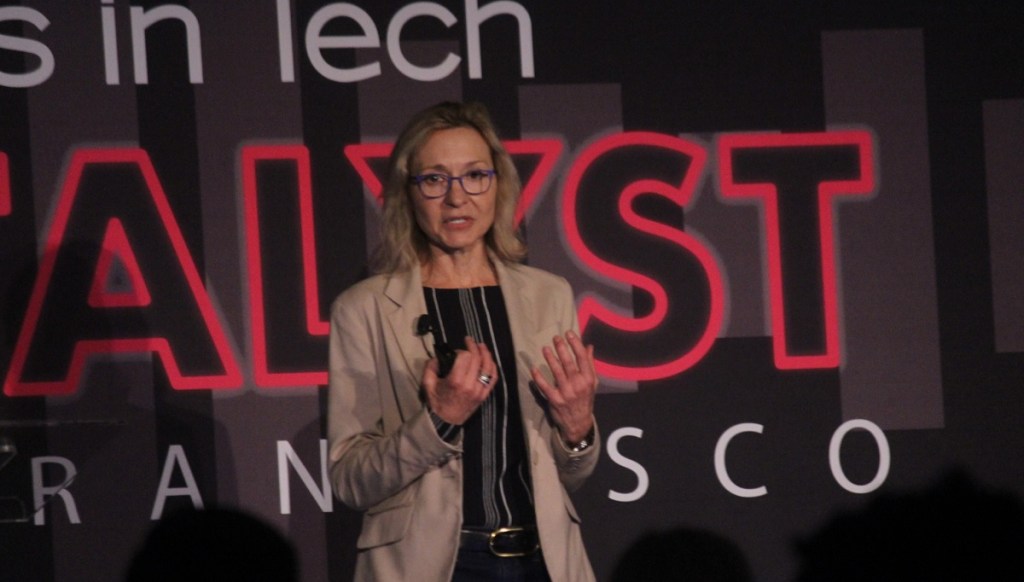 Above: Pamela Rice makes predictions about our future

AI will give us superhuman intelligence. We’ll connect our neocortices in our brains to the neocortex in the cloud. And it will give us the ability to be much more efficient and lower cost when it comes to medicine, law, infrastructure, and everything else. Whole classifications of jobs will be performed by robots.

Blockchain is the transparent, secure, decentralized ledger technology behind things like cryptocurrency. It uses distributed computing nodes on the internet to verify transactions and prove who owns what. That will give us transparency in transactions and distribution of power. Law and policy decisions will be more transparent, and governments and organizations will be forced to adapt to the perfect, instant, and free model of blockchain. And, Rice said, blockchain means there is no delete key anymore. 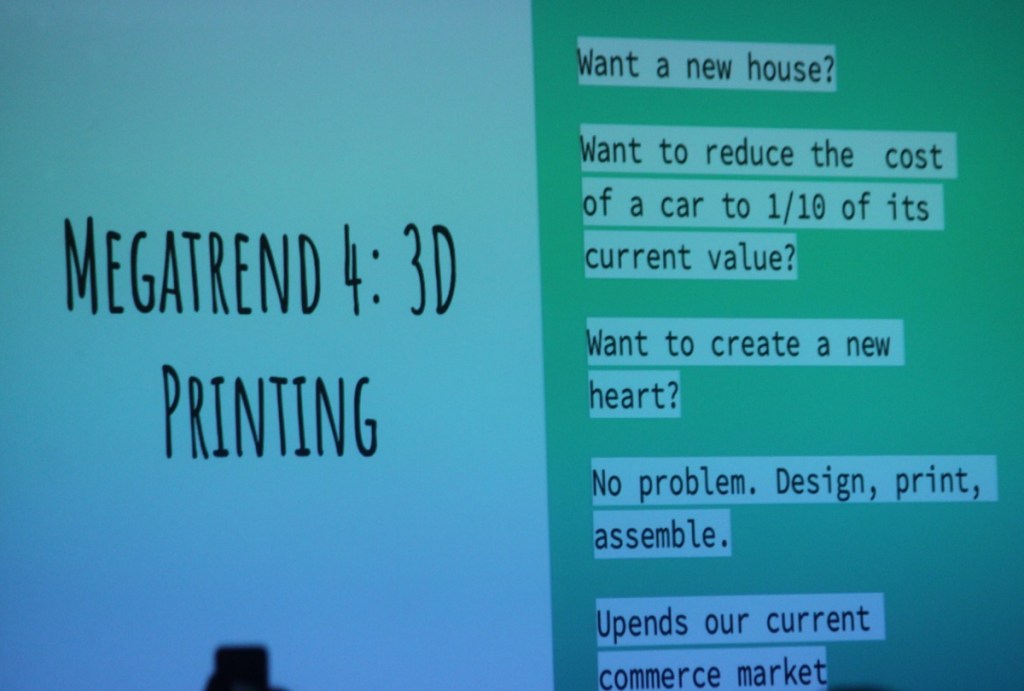 Above: 3D printing is a megatrend.

Scientists have figured out how to print body cells. Rice thinks that kidneys, livers, and even hearts will be next. There will be huge implications when we can use 3D printers to print designer cars — and get all of the parts for that car locally sourced. That could eliminate costs such as shipping. If you want new clothes, you can have them printed for you. Cost will no longer be the barrier. It could be a future where you can print everything you want.

Rice borrowed predictions from futurist Ray Kurzweil, saying that we’ll have nanobots moving through our bloodstreams, curing cancer without radiation, curbing other diseases before they start. They could enable you to breathe underwater, cure Alzheimer’s, and extend your life.

But there will be side effects of these new technologies. Take nanobots, which will change international warfare. There will be plenty of unintended effects that come from the megatrends coming true.

Rice also said there is an opportunity around the #MeToo movement.

“We are at another pinnacle moment,” she said. “We have an opportunity. There’s a responsibility.” Japan’s government is studying “womenomics.” California will require that company boards have women.

“The single most important driver of the future is who shows up,” Rice said. “It’s time for us as women and other minorities to forget the labels, forget what they think we can or can’t do. It’s time to step up.”