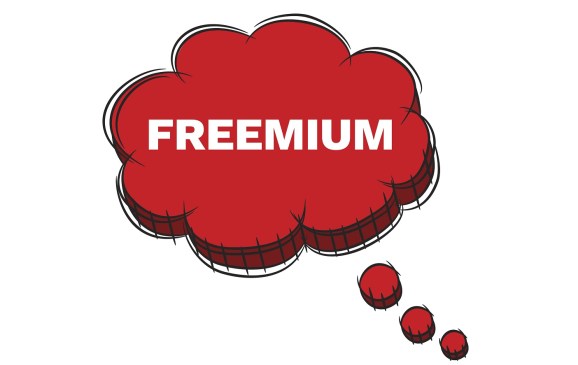 By now, everyone is familiar with the business freemium model. And anyone who isn’t should be. After all, one of the leading business freemium companies in the world, Zoom Video Communications, recently went public and now boasts an eye-popping $24 billion valuation.

Zoom offers a basic videoconferencing solution free of charge. In addition, it offers more feature-rich options for a monthly subscription fee. The company is profitable and is growing users at a rate over 100 percent.

Impressive as that is, many Silicon Valley venture capitalists (myself included) have not always been sold on the business freemium model. Back in 2008, when I was at my previous venture firm, Emergence Capital, I remember having meetings with three different startups over a very short period of time, all of them built on the business freemium model.

They all made basically the same pitch: Our product is very easy to use and we plan to give it away for free, forever. And, for customers who want to add more features or users, we plan to automatically upsell them via credit card or via our inside sales team.

I promptly told the first two startups they were nuts and should never give away their product for free. Instead, I said, they should offer a 30-day free trial, then hound those users to become paying customers.

By the time I met with the third startup, it had begun to dawn on me that maybe I was mistaken. Clearly, I was missing something. There was a real trend here around business freemium taking shape before my eyes.

After giving the model more thought — and speaking with almost every startup in the space — I became convinced that business freemium was a viable business model distinct from SaaS 1.0. Emergence went on to fund some of the very best business freemium startups, including EchoSign, which was acquired by Adobe in 2011, and Yammer, which was bought by Microsoft in 2012 for $1.2 billion.

After I left Emergence, Santi Subotovsky, a very smart general partner at the firm, led the Series C financing for Zoom, which proved to be an absolutely stellar investment. Santi sourced and led that deal on his own and is a true visionary when it comes to business freemium.

And yet, in those early days, the rest of the venture community thought we were nuts for going all-in on the business freemium model. Their attitude was similar to my early pessimism. Attitudes toward business freemium didn’t really start to change until 2010, when companies like Box and Dropbox were beginning to achieve rapid scale. Then, all of a sudden, business freemium took off. Every venture firm wanted a business freemium startup in its portfolio.

End of story, right? Not quite. The tide turned yet again. Within a few years, investors and entrepreneurs were once more questioning the logic of giving away valuable products for free. Leading business freemium entrepreneur Jason Lemkin was one of them. Having spent six-plus years building EchoSign, a business freemium e-signature service, Lemkin wrote, “I’ve learned one thing: almost everyone gets the math wrong in business freemium. Nine times out of 10 — just don’t bother with a business freemium model, at least as your sole/primary business model, if you really want to go big.”

But now, with the strong Zoom IPO — and the stunning success of other billion-dollar business freemium startups like email marketing service MailChimp and cloud-based collaboration service Slack — I think we are finally at an inflection point when it comes to business freemium. This is clearly a model that is here to stay.

Still, business freemium is not a slam dunk. Some companies will be wildly successful with the model, others will fail miserably. There are markets where business freemium is just a bad idea that leads to bad outcomes. There are other markets where it works beautifully and where you can dislodge SaaS 1.0 incumbents and create net new markets globally.

1. The user’s first experience with the product is easy and awesome. Zoom’s founder had been on the core development team at WebEx, so he knew everything wrong with that videoconferencing service and built Zoom to be an application people could use more easily and that would be inherently viral.

2. The experience is low touch, with absolutely no tech support required. If a user has to pick up the phone to call you, your service won’t work as a business freemium. The features and functions should be so straightforward that users can enjoy your product without any training or support from you. Slack didn’t reach 10 million subscribers by offering a free product with a steep learning curve.

3. The cost of that free user is low and getting lower every day. The best business freemium services don’t necessarily have to splurge on expensive ad campaigns. They can rely on word of mouth and viral marketing to acquire new customers. They also have confidence that a significant number of their free users will convert to paying customers based on the value they derive from the product. And once more users convert to paying customers, the cost of supporting free customers becomes smaller and smaller.

4. The product is not single-user only. Successful business freemium companies are able to jump from a single user to a group of people inside that user’s company. And, ideally, jump from users at one company to users at many other companies. That’s exactly the model Zoom nailed with its videoconferencing service. Zoom basically sells itself and benefits from the network effect as John at Company X invites Jane at Company Y to join his Zoom conference.

5. Business freemium is not a cheap marketing gimmick to quickly sign up users. It’s a serious business model. If you’re going to give your product away for free, you have to design it in a very specific way. For instance, the design has to be powerful yet simple. If you have a cumbersome application, it just won’t work.

6. The product gives you the ability to seamlessly upsell paid features. Business freemium companies have inside sales people and enterprise sales people who watch usage patterns carefully and call at the right moment to upsell features and offer the option to add users for a fee. They also have a clear and compelling upgrade path, such as the ability to access more storage or add more users to the account.

7. The business freemium model is fundamentally different from SaaS 1.0. This includes how you build the product, how you sell it and how you market it. Companies like Zoom, MailChimp, and Slack understood these nuances from the start. That’s why Zoom is now worth $20 billion, why MailChimp is the runaway leader in email marketing, eating the lunch of early category leaders like Constant Contact, and why Slack has a market cap of almost $20 billion following its debut on the NYSE.

I believe there are greenfield opportunities for new business freemium startups and opportunities to supplant existing SaaS 1.0 companies. After all, the model has created some of the highest public market valuations among cloud companies today. There is a lot of money in free — and there will continue to be for years to come.