D-Wave today announced the general availability of D-Wave Hybrid, its open source hybrid workflow platform for building and running quantum-classical hybrid applications. You can download D-Wave Hybrid, which is part of the company’s Ocean SDK, from GitHub.

“Prior to the general availability of D-Wave Hybrid, building hybrid algorithms was much more ‘from scratch’ by each user,” Murray Thom, D-Wave’s VP of software and cloud services, told VentureBeat. “With today’s Hybrid availability, we’ve provided an on-board for developers to more quickly get started prototyping their hybrid applications.”

D-Wave today also laid out its software strategy moving forward: to build and optimize for hybrid today. “Three Truths and the Advent of Hybrid Quantum Computing” details how developers, researchers, and forward-thinking businesses can solve complex problems using both classical and quantum systems. 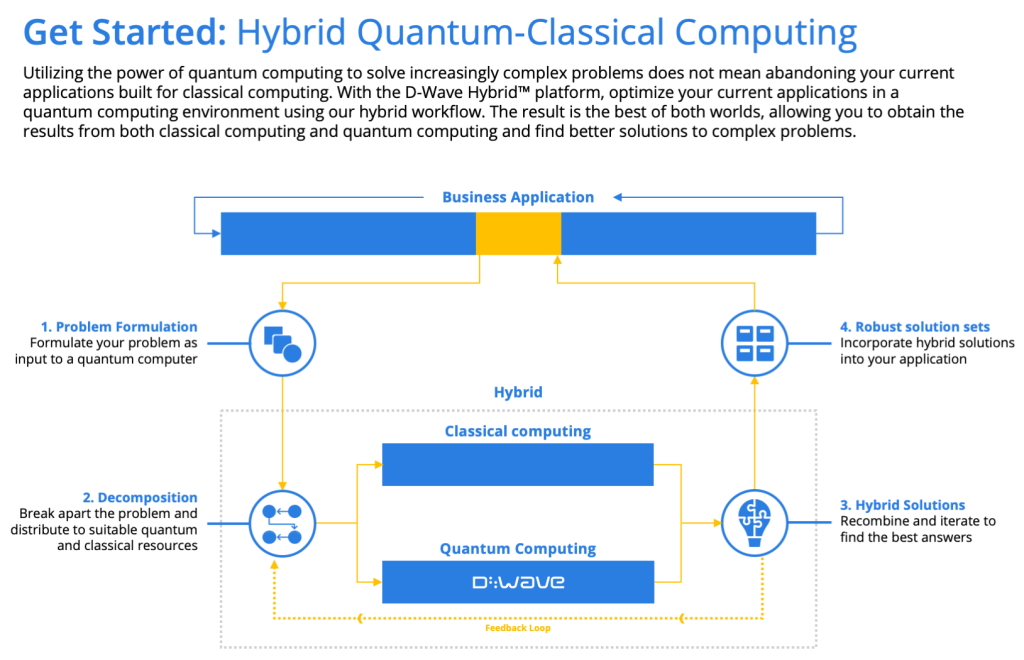 D-Wave also argues that its customers don’t care which system is running in the background. All that matters is that the solution is more effective and more efficient.

In short, D-Wave believes that quantum computing will always require classical systems. The hope is that pushing for hybrid will accelerate the progress of quantum computers as connectivity and size increases, while noise decreases. In February, D-Wave previewed its next-generation quantum computing platform, coming in 2020.