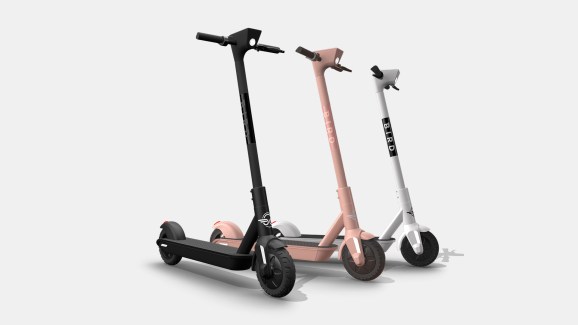 Bird announced in May that it would outsource its escooter ridesharing business to entrepreneurs outside the U.S. and Europe, and today it made good on that promise. The Santa Monica, California-based startup spotlighted Bird Canada, an independent company headed by Toronto Raptors, Moblicity, and SiriusXM Canada founder John Bitove, with financial backing from Relay Ventures, Bitove’s Obelysk, and Alate Partners.

Bird Canada — which will have access to the platform that powers Bird’s backend and frontend experiences — plans to launch in Alberta in July before expanding its fleet to other communities across the country. SiriusXM Canada and Moblicity cofounder Stewart Lyons will step into the role of CEO, and Bitove will serve as chair.

“As a platform partner to Bird, the global market leader and pioneering escooter sharing company, we are bringing the best micro-mobility solution possible to Canadian communities,” said Bitove. “Together with Relay Ventures and Alate Partners, we have committed significant resources to ensuring a strong national launch for this important transportation alternative for Canadians.”

Bird Platform, a franchise program announced last November, makes the arrangement possible. Bird Canada will purchase escooters preinstalled with Bird Brain, a custom software solution designed to simplify fleet and staff management, along with products and technology from Bird. Then Bird Canada will cover associated maintenance costs but receive technical support and advice from Bird’s operations team, and in exchange Bird will take a 20% cut of each trip fare. (The average Bird trip costs around $3.75.)

Beyond Canada, Bird Platform will roll out in New Zealand and Latin America later this year.

“Everyone should have access to micro-mobility options that help make cities more livable. Bird Canada makes this vision a reality for Canadians by delivering a sustainable and affordable transportation alternative and advances our shared climate and traffic reduction goals,” said Bird CEO and founder Travis VanderZanden. “The Bird Canada team’s deep local knowledge and operating experience, coupled with Bird’s expertise in service, operations, safety, and technology, are an ideal combination to address the transportation needs of all Canadians.”

As the Verge and other publications have noted, Bird’s pivot toward a decentralized model comes as the company struggles to achieve profitability in a cutthroat industry. A recent piece published by Quartz found that Bird escooters in Louisville, Kentucky complete an average of 70 trips over 85 miles and have a lifespan of 23 days. VanderZanden has previously said that Bird’s escooters will need to last at least six months for the company to break even.

Bird, which was founded in 2017 by former Lyft and Uber employees, has myriad competitors, but its chief rival might be escooter startup Lime, which has raised $765 million to date.