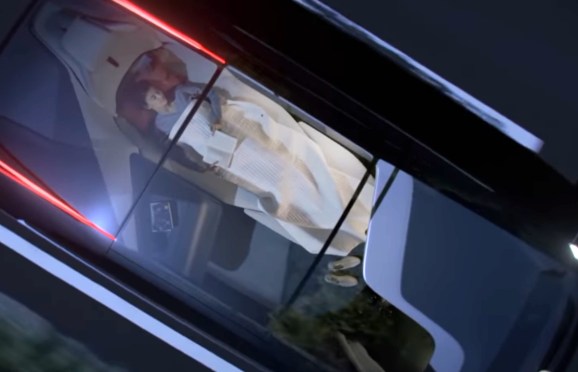 Driverless cars aren’t just a new kind of car. They’re teachable machines that come with new ownership models and rules. And we don’t yet have those new models and rules in place yet.

I’m not talking about safety. Yes, self-driving cars still have a lot of learning to do so that they don’t run into people, street furniture, or each other. But beyond that, there are critical choices that still need to be made — complex choices about their aesthetics, the user experience (UX), how they will be leased, owned and paid for, and how they’re introduced to the market.

In short, we still need to define what the experience of not driving a car should be.

The success of autonomous cars depends not only on powerful AI algorithms but also on how well design and creativity are harnessed to create the best experiences for people. The enormity and importance of this task cannot be underestimated, and it is one that will need designers who can address business challenges, the physics of the “device,” and prototyping, as well as communicating these new developments to the world.

Reinventing (everything but) the wheel

Developments such as electric motors and drive-by-wire controls mean a mechanical connection to the wheels is no longer necessary. And with no driver required, there is no reason seats have to face forward; passenger experiences could be improved with “social seating” configurations allowing people to face each other, or even recliners like the ones seen in first-class cabins. We can start to imagine cars less like high speed wedges, and more like rooms in motion. The very notion of speed and power — often the default proposition of the auto industry — loses its currency when other benefits like safety, effortlessness, and sustainability become the priorities.

Once the standardized interior layout is disrupted, entirely new design directions will emerge. We can imagine unshackling car interior design from having its own, quite isolated, common language to suddenly being able to borrow from and influence architecture, lighting, textiles, and interiors. We should see vehicles that are hyper relevant to the new ways people live.

When driving is no longer the main activity, time in transit will be spent differently. A long commute to an early morning meeting could become an opportunity to catch up on sleep en route or to rehearse a script last minute. An autonomous vehicle would also have enormous benefits for anyone engaged in confidential work, since they could be completely alone or take private meetings on the move. Imagine booking a car as part of a video conferencing service and taking the call on the move.

Cars could evolve to reflect the purpose of your trip. If this is the case, we’ll see specific apps to facilitate these new uses — a high-spec office suite, entertainment hub, or a comfortable place to relax instead of a clunky handbrake and dashboard. And if cars are designed predominantly around experience and purpose, then hiring a purpose-specific autonomous car from a fleet rather than owning a more generic model could become the norm, with many leading names in the sector already hinting towards it.

This opportunity to conceive of these new interior features — both digital and physical — puts brands in a category defining position.

Autonomous car brands and services may be chosen on the basis of connectivity, social media, and entertainment content rather than speed, for example. Smart Manufacturers will select their partners and suppliers carefully, knowing when they’re not best positioned to deliver alone.

Established players and startups alike will need to consider branding on a number of levels and take the time to create strong, coherent identities in order to thrive.

Those identities must include creative new experiences, a sense of safety, and the ability to delight.

Given that car will be left unattended, it is not difficult to imagine jumping into an autonomous cab to be greeted by dusty seats, junk food packaging, or worse. Cleanliness and usability will matter a great deal (who would want to rebook a service that previously arrived with someone else’s dinner on the seat?). In effect, every rider will have the power to affect the brand perception the next rider receives. Sophisticated companies will create mutually beneficial relationships with customers, encouraging behaviors by creating in-car messaging, monitoring, and rewards to safeguard their brand experiences. A combination of brilliant messaging, “nudge” psychology, and gamification are ripe for exploration.

It’s no longer a question of whether driverless cars will take off but when. With big auto and tech teams all racing to get their products to market, we do not yet know if one will dominate or whether the first mainstream vehicle will be developed through partnerships between Silicon Valley tech firms and car manufacturers in Detroit and Stuttgart.

Whatever the case, there will be far more to these cars than the technology itself. Everything from the user experience to the business models to complementary products and services presents an opportunity for innovative design. And the choices brands make won’t just impact their bottom line; they’ll impact everyone and every place that depends on and is affected by the car. 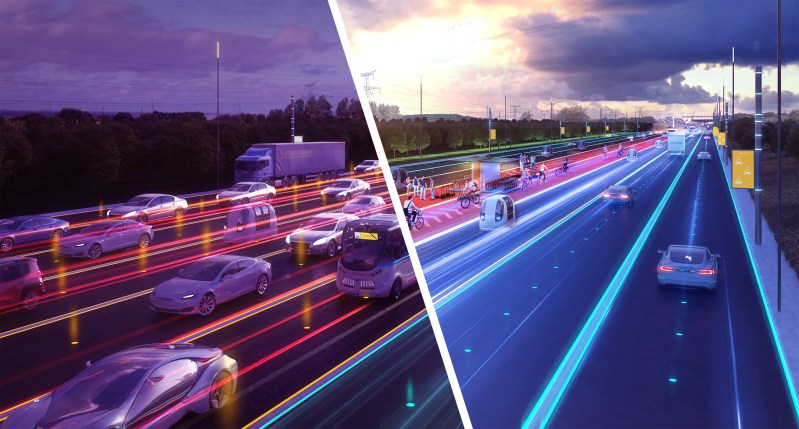 Above: A vision from design and innovation office CRA-Carlo Ratti Associati. On the left, the current state of freeways; on the right, a future highway leveraging real-time mobility data to create new public spaces and allow commuters to get to their destination more efficiently.