It’s anticipated that the autonomous vehicles market will reach $667.77 billion by 2026, and according to marketing firm ABI, as many as 8 million driverless cars will be added to the road in 2025.

Startups like ZongMu Technology are taking full advantage of the influx of venture capital, unsurprisingly. The Shanghai-based company today revealed that it has secured a $14.5 million follow-on series C investment led by Qualcomm Ventures, with participation from Lenovo Group’s Legend Capital and Chuangtu Investment.

The fresh funding comes after a roughly $14.5 million series B in February 2017 and brings ZongMu’s total raised to about $30 million at a valuation of $146 million (RMB1 billion). “This round of funding is of vital significance as it will not only boost the development of our technology, but will make contributions to explore more opportunities in both domestic and foreign markets as well,” said ZongMu founder Tang Rui in a statement.

ZongMu — which is headquartered in Shanghai Pudong Zhangjiang Hi-Tech Park with research and development subsidiaries in Beijing and Xiamen — focuses the bulk of its research and development efforts on advanced driver assistance systems. Solutions in its growing portfolio address lane departure and blind spot detection, in addition to things like door open warnings. 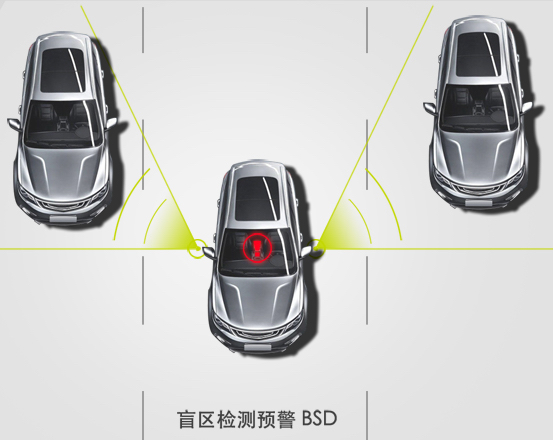 One of its flagship products is SurroundView, a camera system that stitches together four feeds from fisheye lens-equipped sensors and corrects for distortion and warped perspective, displaying the finished video on an in-vehicle screen. Meanwhile, ZongMu’s forthcoming automated valet parking, which is expected to launch in the second half of 2020, will enable drivers to leave their cars in designated drop-off areas and summon them with their smartphones, much like Tesla’s Enhanced Summon.

ZongMu also offers a “mobility solution” service that facilitates fleet management and operations, and which interfaces with third-party products and services like garage payment, parking slot reservation, and wireless charging systems. It’s complemented by the company’s Automatic Parking Assistant, which detects parking slots in lots by fusing and analyzing data from cameras and ultrasonic sensors.

ZongMu claims to have long-term strategic partnerships with a number of original equipment manufacturers and tier-one suppliers, and it says its products are currently sourced by China-based automakers and parts suppliers including Geely Automobile Holdings, SAIC Motor, and Yema Auto.

Another reliable client is Qualcomm, unsurprisingly. ZongMu and the San Jose chipmaker unveiled the Qualcomm Snapdragon 820A at the 2017 Consumer Electronics Show, which powers the infotainment systems in select Volkswagen models. (A demo at the conference used a proprietary ZongMu AI model that output multi-class object detection and road semantic segmentation simultaneously.)