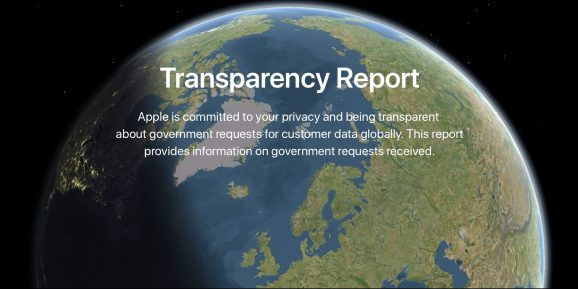 A newly added section of Apple’s Transparency Report indicates that China and Russia were responsible for the vast majority of App Store takedown requests last year — and largely successful in getting their named apps pulled by Apple. While 11 countries are listed in the new App Removal report as having asked Apple to pull down apps, the authoritarian countries pushed more often than others, though they weren’t alone in making requests.

Apple’s first-of-kind takedown report covers the second half of 2018, and is divided into two categories: government requests for takedowns over alleged legal violations — 80 requests covering 770 apps — versus alleged platform policy violations, where Apple had zero requests from governments. Of those 80 takedown requests, China made 56 of them, naming 626 apps to be pulled, and Apple complied with 54 without challenge, ultimately pulling 517 apps. Russia made 10 requests, and Apple complied with all of them without challenge, pulling 10 apps.

The company also received smaller numbers of takedown requests from countries such as Norway, Saudi Arabia, Switzerland, and Vietnam, but each individual request covered multiple apps, such that a single request from Norway led Apple to pull 37 apps. In Russia, Norway, and several other countries, Apple says the takedown requests were largely if not entirely related to investigations of illegal gambling, while Saudi Arabia’s were based on alleged violations of privacy law. In China, pornography and illegal gambling were the primary causes for takedowns.

It’s worth noting that while the countries’ claims of legal violations superficially appear to be justified, deeper investigation may reveal that government censorship, political issues, or other factors were responsible for the takedown requests. That said, Apple’s stated policy is to comply with the local laws of the countries in which it does business, rather than attempting to impose American values outside of U.S. borders.

A flare-up last July in the U.S.-China trade war indicates how politics can influence App Store takedown requests. After years of positive interactions between Apple and the Chinese government, officials and state-run publications suddenly blasted Apple for failing to filter its Messages app to block texts and images containing alleged pornography, gambling, and counterfeit goods, then accused the company of distributing illegal gambling tools disguised as official lottery apps.

Those accusations likely formed the basis for many of the hundreds of apps Apple pulled from the Chinese App Store. But while Apple complied with most of China’s requests, it did challenge two, noting that it does so if a request “does not have a valid legal basis, or is unclear, inappropriate and/or over-broad, or does not sufficiently demonstrate the legal violation of the app to be removed.” Governments have the ability to appeal Apple’s rejections of their requests.

Starting two reporting periods from now — for July 1 to December 31, 2019 — Apple says that it will add additional details on appeals of rejected government takedown requests. Full details on the current reporting period’s requests can be found here.