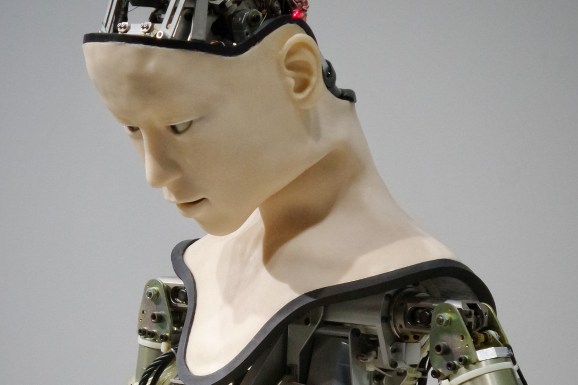 Can sightless robots reconstruct a room well enough to avoid endlessly bumping into walls? That’s what scientists at the University of Technology Sydney set out to discover in a study published on the preprint server Arxiv.org. They claim their approach, which employed a speaker and a microphone-sporting robot tasked with following a path-planning strategy, drove the robot from a random starting position in such a way that the room’s geometry was “guaranteed” to be revealed.

“Room geometry, including shape and wall locations or dimension of a room, plays a very crucial role in many applications. For instance, geometrical characteristics of a room can ameliorate accuracy of results for applications such as indoor sound source localization, sound field reproduction, and mapping a 3D sound source in autonomous robotic systems,” explained the coauthors. “Addressing the path-planning problem for a robot carrying an acoustic package able to emit and record sound signals is thus proposed in this work to recover the shape of a room.”

The researchers note that the shape of a room can be acoustically determined from corresponding room impulse responses (RIR), which can be extracted from recorded sound signals. Exploiting this fact, they considered time of arrivals (TOAs), or the time it takes for sound to travel from a source to a microphone. If the TOAs are known, they posited, the distance from the microphone to a target location can be inversely computed.

But knowing TOAs isn’t enough, because the distances are unlabelled and acoustic sensors record reflections and echoes in an arbitrary order. To solve for this, the team tapped a four-microphone array (the fourth microphone was used to verify the distances) and used a reflective point, which in this case refers to the intersection between the line from a target spot in the room to a microphone and a potential wall line. If the reflective point and the real sound source were on different sides of a reconstructed or potential wall line, the proposed system treated the target spot as noise and discarded the data.

Each time the robot drove around the room, it made at least three stops to establish new line walls. At each stop, it reported the location of the target spot, and by the third stop, it was able to verify the established wall line obtained from the two previous stops. If, for whatever reason, the wall lines didn’t match, it randomly moved to a new location and started the searching process from scratch.

So just how accurate was it? In a series of tests carried out in a synthetic simulation environment with an RIR generator, the robot was reportedly able to find the correct rectangular room shape every time. Furthermore, the researchers say their algorithm successfully localized the wall lines in the room, resulting in “highly accurate” room dimensions.

“The system was able to effectively find the room shape, localize the wall lines, and compute the dimension … [with an] estimation error … smaller than 1 cm,” wrote the researchers. “In about 95% of the experimental cases, the robot was required to run less than 100 steps to securely shape the room.”