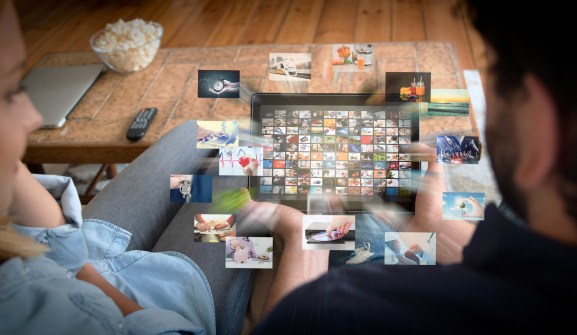 We’re officially in the “feeding frenzy” stage of the video-streaming revolution, with every media company and anyone with the slightest interest in capturing a viewing has announced a streaming content service, complete with an app, a modest library of original content, and, usually, a subscription fee.

On one hand, this surge in options is great for viewers eager to free themselves from arbitrary bundles of channels to get more choices or save a little money. But it has also introduced a lot of complexity and confusion. What if you really want to see a show that’s only on a particular service but can’t justify a whole new subscription fee? What if there are five broadcast/cable channels you can’t do without? What if you’re just not crazy about flipping from app to app on your SmartTV to find and watch what you want?

All of that complexity comes from a key flaw in today’s fragmented business model: The lords of content are focused on locking viewers in to their private, walled garden platforms. The short-term benefits of this to the winners are obvious. However, the long-term costs to all of us – businesses, consumers, and innovators – should also be part of the conversation.

Is there an alternative? Can we get past this moment of fragmentation to create something that serves everyone’s greater interests? I say yes. I see a future of home entertainment based on open platforms, open standards, flexibility, and choice. Here’s why.

Open is better for consumers

Consumers are obviously the biggest winner in an open future. Freed from platform lock-ins, viewers could pick and choose the shows they want, regardless of the provider. They could also browse a unified program directory to find their favorite content, without having to remember what shows are on what services.

From a technology standpoint, it’s fairly straightforward to construct a meta-service to act as a switchboard, connecting viewers through providers to content and allowing providers access to the revenue and data they need while giving viewers a single, simple point of entry into the entire entertainment universe on whatever device they prefer. Hardware devices like Amazon Fire, Apple TV, and Roku include cross-platform search, but they also already have — or will soon have — their own streaming services to push.

JustWatch is one example of a company offering true cross-service search and discovery, independent of any hardware vendor or service. Another startup, Reelgood, takes it a step further by letting you watch the content through their front end and passing data to interested parties through its recent acquisition, Guidebox.

Open is better for innovation

An open model will bring faster improvements to the viewing experience. It will unshackle innovation from the constraints of in-house systems. We won’t have to wait for cable companies or streaming services to develop and implement new features on their own timetable, using proprietary technology and massively duplicating investments to keep up with improvements like AR/VR, better display resolution, interactive video, and whatever else is coming.

Instead, an open technology platform based on standards would allow startups and nimble smaller companies to focus their efforts on solving big problems for the whole industry. That works in software development, and it will work for entertainment.

We already see examples of this on a micro-level with plug-ins that let viewers tweak Netflix when viewed through a browser, such as LifeHacker’s FlixPlus. Now imagine that “browser extension” model applied to SmartTV and streaming-media viewing apps universally across multiple streaming services, to enable everything from fine-tuning of picture and performance to integration with capabilities like AR/VR.

Open is better for providers

This one seems counterintuitive, so stay with me here. Providers want viewers, and right now, they think the best way to get them is to capture them through subscription models and closed platforms. The risk they run is that there are only a few seats at the table – only a limited number of subscriptions that consumers will pay for. Everyone else is going to lose out, or be stuck with a niche audience that’s hard to scale.

There’s also a real concern that consumers will get fed up with the complexity and limitations of the subscription model and fall back to the default of bundled services. If that happens, almost everyone loses. Open systems provide a level playing field. That’s not as good as having the whole field to yourself, but it’s better than being left on the sidelines.

The open future of home entertainment sounds like a pipe dream today, as everyone is loading ammunition for the Streaming Wars, and continued fragmentation appears to be our near-term destiny. But we can get to this vision.

Right now, only the barest outlines are visible through the work of a few pioneering startups sailing against the wind. Maybe we don’t have all the answers yet on what the open future can or should look like, much less any kind of product road map for how to get there. What we do have is what any entrepreneur needs: a set of problems that need solving around simplification, rapid innovation, and market access.

I firmly believe we (as a collective industry) can solve those problems by nurturing innovative technology, protecting and respecting that IP, and allowing it to spread through licensing rather than acquisition or siloed development. Once that approach takes root – and there are good business reasons to believe it will – the rest of the pieces can flow from it.

The opinions expressed in this column are solely those of the writer and do not necessarily reflect the views of TiVo or VentureBeat.

Arvin Patel is an inventor and the Executive Vice President and Chief Intellectual Property Officer (CIPO) at TiVo.