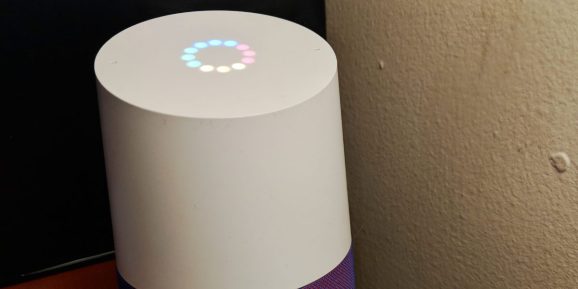 Back in May during Google’s I/O 2019 developer conference, the tech giant took the wraps off of the Local Home software development kit (SDK), which lets developers run smart code locally on Google Home Speakers and Nest Displays and tap integrated Wi-Fi radios to communicate with smart devices. Today, as promised, Google launched the Local Home SDK in preview, and it published an API reference and developer guide with samples.

“We’ve been working hard testing the platform with our partners … and are excited to bring you these additional technologies for connecting smart devices to the Google Assistant,” wrote Google developer advocate Toni Klopfenstein in a blog post.

As Klopfenstein explains, the Local Home SDK supports business logic that controls smart devices from GE, LIFX, Philips Hue, TP-Link, Wemo, and others in local TypeScript or JavaScript, in theory reducing latency and improving reliability. It supports all Wi-Fi enabled device types and traits without two-factor authentication enabled, and it doesn’t require users to enable or configure it. Developers can test JavaScript apps on-device, configure discovery protocols and the hosted JavaScript app URL through the Actions console, use tools like the Chrome Developer Console for debugging, or self-certify new apps through Google’s Test suite for smart home. 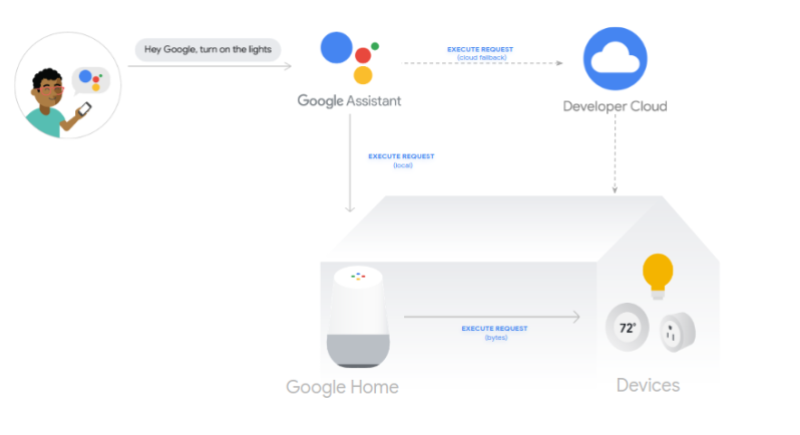 Additionally, the Local Home SDK streamlines device setup with a simplified onboarding experience that launched with GE smart lights late last year. (Some compatible devices connect in less than a minute in the Google Home app, according to Google.) And the SDK powers Google Assistant Connect, which offloads compute workloads from low-cost, power-efficient smart home devices onto the Assistant to complete Actions, display content, and respond to commands.

Not to be outdone, Amazon announced something akin to Local Home SDK, called Local Voice Control, in September 2018 during a hardware event. Its local device control capability runs core automatic speech recognition algorithms on Echo Plus and Echo Show devices, allowing them to understand and execute core commands in the absence of internet connectivity.