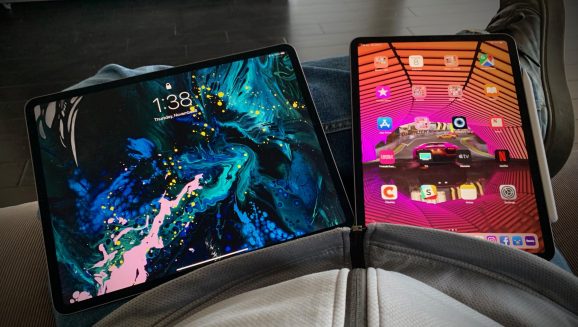 Over the last two years, Apple’s registrations of new iPads, iPhones, and Macs with the Eurasian Economic Commission (EEC) have served as the earliest canaries in its hardware release coal mines, typically leaking months before actual product launches. Today, the EEC (via Mysmartprice/MacRumors) has published five new listings for Apple tablets running iPadOS 13, hinting at what will most likely either be new high-end iPad Pros or entry-level iPads scheduled for fall debuts.

One of the filings covers three models — A2068, A2198, and A2230 — while the other covers A2197 and A2228. All five of the devices are listed as running “iPadOS software version 13,” which was introduced in beta form at WWDC last month and will not be shipping on devices until September or October of this year. No specifications are listed, but both filings were made on July 2 before being published today.

Last July, Apple registered 5 new iPads with the EEC, and they turned out to be the separate Wi-Fi and cellular variants of the 11-inch and 12.9-inch iPad Pro, including a version specific to mainland China. While their July registrations suggested they would run iOS 11 rather than iOS 12, they were ultimately announced in October and shipped in November 2018 with the newer operating system. The new filings could easily be updates to those models featuring faster A13X processors.

Alternately, rumors of a 10.2-inch-screened replacement for the 9.7-inch sixth-generation iPad have been circulating for some time, specifying a redesigned chassis and bigger display for Apple’s most affordable tablet. If accurate, the updated iPad 7 would be only slightly below the 10.5-inch iPad Air, with a more substantial delta from the 7.9-inch iPad mini, though Apple has most recently introduced lower-cost iPads earlier in the year.