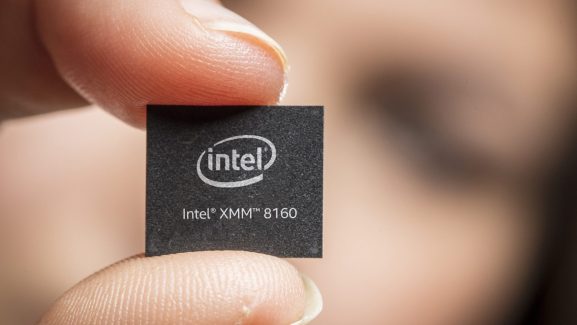 Following its abrupt exit from the 5G smartphone modem business in April, Intel said that it was exploring the sale of related patents and intellectual property to potential buyers — a process that led to a late June auction of 8,500 patents, 94% of which were cellular, with the rest for “connected devices.” Now Intel has taken the entire portfolio off the market (via IAM), giving one unnamed bidder the exclusive opportunity to review the assets ahead of finalizing a deal.

Apple is widely believed to be the unnamed bidder, as the iPhone maker was reportedly interested in acquiring both Intel modem IP assets and personnel to bolster its own 5G chipmaking efforts. Intel’s troubled 5G modem development led Apple to sign a multi-year chip supply and patent licensing deal with Qualcomm, despite highly public protests and lawsuits regarding contract terms. Apple is expected to release its own 5G modem after the supply agreement ends, and would rely on its own modem patent portfolio both for revenue generation and defensive purposes.

While Apple was an obvious potential bidder from the start, valuing the portfolio may have been a challenge for both companies, leading Intel to explore its prospects through an auction process before accepting an offer. According to IAM, Intel established a data room to provide more detailed information on the patents to prospective portfolio buyers starting in early July, but delayed multiple bidders’ access, possibly to Apple’s advantage.

It’s possible that Apple isn’t the exclusive bidder, or that the prospective deal will fall apart; in either case, Intel is leaving open the possibility that the auction could be re-opened. But there’s every likelihood that Intel will take the offer it’s currently considering, and that the mysterious winner will be closer to seeing its next-generation wireless chipmaking ambitions fulfilled as a consequence.