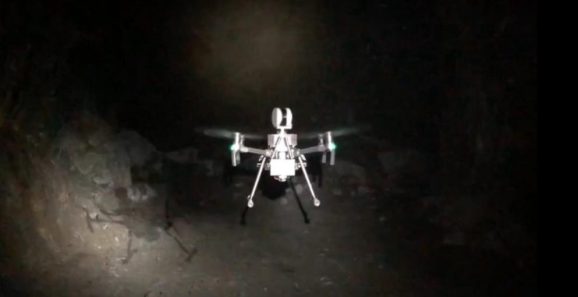 Exyn Technologies, a company developing sophisticated autonomous robot systems, last week revealed that it has closed a $16 million series A round led by Centricus, with participation from Yamaha Motors Ventures, In-Q-Tel, Corecam Family Office, Red and Blue Ventures, and IP Group. This capital infusion brings the startup’s total raised to over $20 million, and CEO Nader Elm says it will fuel commercial growth by expanding Exyn’s customer base and accelerating its product R&D.

“Exyn has demonstrated the potential to revolutionize efficiency, increase productivity, and dramatically reduce human exposure to unsafe environments,” said Elm. “We are only beginning to scratch the surface of how impactful true autonomy will be.”

Exyn, a spinoff of the University of Pennsylvania’s GRASP Laboratory that was cofounded by Elm and dean of the University of Pennsylvania’s engineering school Vijay Kumar in 2014, develops modular systems dubbed Advanced Autonomous Aerial Robots (or A3Rs) that can navigate and collect data in the absence of reliable maps and GPS. For the better part of four years, Exyn has been refining “swarm” technologies designed to operate in dangerous environments Elm characterizes as “digitally starved” (i.e., lacking reliable data, like underground mines and indoor buildings).

Exyn’s software platform — ExynAI — doesn’t rely on human control, and it taps a combination of pulsed laser lights, redundant systems, mapping, and independent planning to avoid obstacles without intervention and record point clouds, imagery, gas readings, and more. Elm says the company’s robots were deployed in the field for the first time last year, and he says Exyn is currently working with customers in mining and defense (including the Defense Advanced Research Projects Agency) as it investigates new industries and applications.

“Exyn is changing the game in terms of what true autonomous robotics technology can deliver to the world,” said IP Group’s Michael Burychka.  “The support Exyn has seen in this latest round of funding, from both strategic and financial investors, stands as a major endorsement of their technological capabilities and vast commercial opportunity.  As founding investor and early advisor, we are proud of what Nader and the Exyn team have accomplished so far and are excited to see them continue to scale the business.”

“We see significant potential for Exyn’s technology to improve efficiencies in sectors including mining and look forward to supporting Exyn’s next phase of growth,” added a Centricus spokesperson.

Exyn, which is headquartered in Philadelphia, says its team hails from Georgia Tech, Johns Hopkins, Boeing, SRI, Sikorsky Aircraft Corporation, and United Technologies Research Center and that a number of its engineers participated in DARPA’s Urban Challenge.