And that’s just one of the avenues the Emeryville, California-based company is pursuing in its work to use intelligent ambient biometric sensors to improve health care. Brainworks CEO Phillip Alvelda spoke at our VB Transform AI event on Thursday, and he demoed the technology in real time, both onstage and in an interview.

He said health care should be more preventative than reactive. With that in mind, the company’s technology is contactless and always-on, though it only works if users have opted in for the constant monitoring, which — unlike most medical equipment — is physically non-invasive.

That’s particularly important when it comes to monitoring the heartbeat of a premature baby, whose skin is so sensitive it can be harmed by patches and wires associated with vital sign monitors. By using a camera to detect tiny changes in skin color and movement, Brainworks can provide detection that is just as good as more invasive monitors and that meets the standards set for measurement by the Food and Drug Administration (FDA), Alvelda said.

“We recognize where the face is, get real-time pulse rates and heart rate history,” he said. “We see if they are consenting patients. Once we capture a measurement every five seconds, we evaluate the precision of the measurement, and [whether] it is a good vital sign based on the recording requirements of the FDA.” 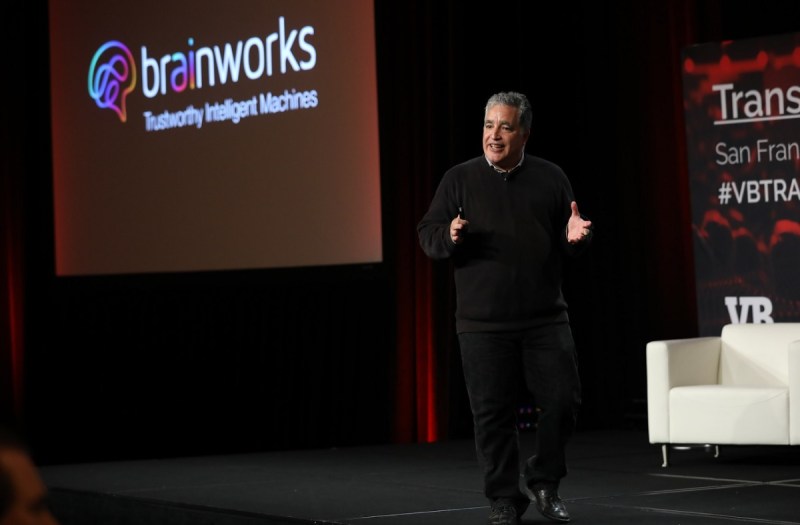 The camera sensors can also work remotely to track patients who can’t or don’t want to come into a doctor’s office. And it’s more sanitary. Alvelda said the resharing of unclean hospital equipment can often be the source of deadly MRSA (staph) infections. That’s all the more reason to use a camera rather than equipment that comes into contact with a patient’s skin.

Alvelda said his company currently has seven full-time people and a number of consultants. The team has a lot of experience in the intersection of AI and biology. Alveda has been involved in AI for decades and was the founder of companies such as TaDa Innovations, MobiTV, and Idetic. He was also program manager for the Defense Advanced Research Projects Agency (DARPA), where he helped fund research at the juncture of engineering and biology. And he learned much of his technical knowledge in an early position building sensor systems at NASA in the 1980s.

After seeing much of the AI landscape through his work at the Biological Technologies Office at DARPA, Alvelda returned to the private sphere and started Brainworks in 2017. The company’s service is going through field validation trials in August, after which Brainworks will seek regulatory approval for medical use.

“At DARPA, we learned a tremendous amount about what the brain was really doing that rewrote a lot of neuroscience,” he said. “We said we could use machine learning to build the missing pieces of the brain around the technologies that we already have.”

The goal is to use AI to build trustworthy ways to detect and interpret personal health. This can be done with just about any smartphone camera, but Alvelda said the company would take advantage of better technology — such as Apple Watch sensors — as it becomes available. The AI is what helps the company sort through the data to get reliable and accurate information about minute changes in skin tone and movement. When your heart beats, there’s a pulse of change that happens in your body, and Brainworks detects that. 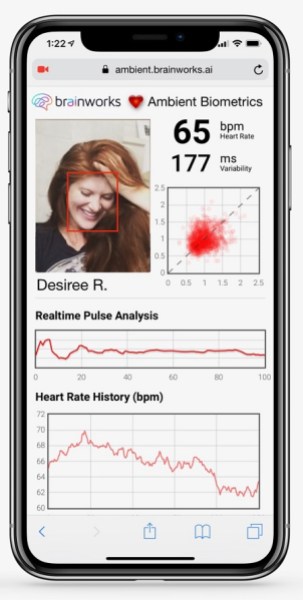 Above: Brainworks tracks your pulse and breathing with a camera.

This is a field where accuracy is essential. If Brainworks detects that the measurement is accurate, the sensors will capture a few seconds of your heart rate. It will do that again later, and each time you log in with your face. You simply point the camera at yourself, as if you were taking a selfie, and it captures your pulse and breathing rate in real time. It can store that data, as long as you have a subscription, but if it does not recognize you as someone who has signed in and opted into the terms of service, it will not store your real-time data.

Alvelda said this matters because he is aware that camera technology can be used to spy on people and capture their data without permission. His company abides by ethical standards, and it won’t do business with anyone who isn’t using its technology for ethical business ideas, he said.

Alvelda said the company currently has more than 30 patent applications on its various AI and neuroscience technologies. And he said that over time Brainworks would be able to add more vital sign measurements, such as blood pressure. When that happens, it will be able to add additional predictive services that can warn people of pending health risks.

“The trifecta is heart rate, respiration, and blood pressure — and temperature as a fourth,” Alvelda said. “Then you can get to an actionable diagnosis. You can imagine trying to figure out movement disorders, like Parkinson’s Disease or ALS.”

He said contactless health monitoring will enable health professionals to use biometric data to diagnose conditions that might not surface during a clinic visit. By vastly increasing visibility into heart rate activity, intermittent medical symptoms can be surfaced, resulting in life-saving diagnosis and treatment. 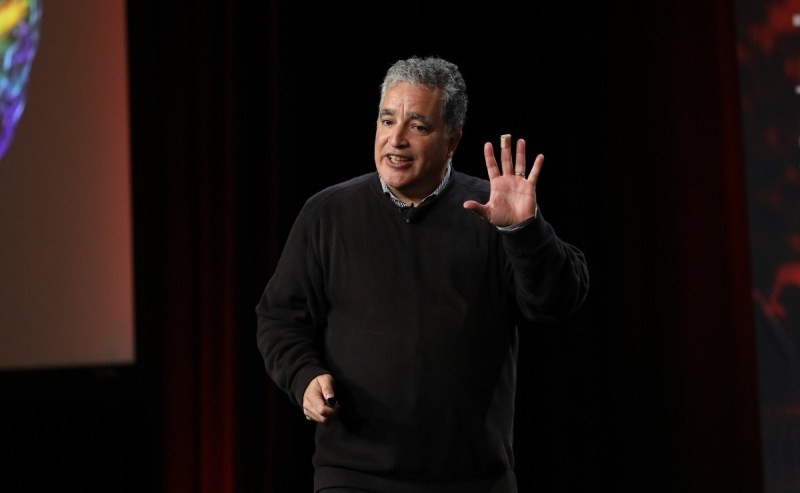 Rivals include other companies that are trying to connect neuroscience with computing applications, such as Numenta.

Brainworks is currently working with a number of partners, such as Johns Hopkins and MedStar.

Ultimately, the system could also be applied to education, financial tech, smart cities, transportation, and a variety of other markets. But Alvelda is not rushing into other applications.

“We are focused on health care because we don’t want to try to boil the ocean,” Alvelda said.

Alvelda said a number of parties have suggested that the company go into other fields where the use of the cameras is more problematic.

“You’ve got to build the system in such a way that it’s architected to operate ethically, and make sure that you can run only the things from people that they have given you their consent to do,” he said. “We have a strong vision baked into our company to do work for human benefit and social good.”