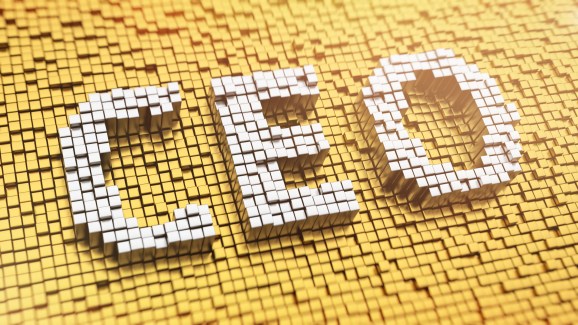 Some CEOs see themselves as the “startup and ideas person” or the “scale-up CEO” or even the “taking the company public CEO,” and this variety in how the role is perceived demonstrates the reality that this job is very different at different points of a company’s evolution. Those who enjoy a particular stage of the journey tend to end up specializing in it.

However, many of us aspire to do the whole thing – from starting out with a whiteboard and co-founders, all the way through to the third or fourth quarter as a public company. I want to focus here on this final category.

Adapting the CEO role as a company moves through different growth stages is tricky. So below is a list of the most commonly asked questions I hear from CEOs of my firm’s portfolio companies. My answers are based both on my own experiences as a CEO and on my observations as a board member who works closely with other CEOs.

1. How does my role as CEO evolve as the company grows?

It changes in every way. The nature of your focus (product ideation, market fit, scaling, strategic development) and also the sorts of skills you need to get through those focal points (product creativity, commercial execution, organizational planning, strategy, financial engineering) change all the time.

My key advice here is to accept this. Every stage your company goes through will require a different approach and focus. You need to be okay with that and, on a regular basis, revisit where your company is and whether you are doing the right things for the current stage. What made you successful last year may not help you next year, or worse, may actually hinder you. Being mindful of this is the only way to avoid the trap.

The key to understanding the staged nature of the job is to find the time to analyze yourself. I used to do this through a personal offsite twice a year when I cleared my schedule and added a day to an existing business trip that was somewhere away from the rest of the team. I would advise any CEO to do the same. You spend that day looking through high-level reporting of how the company has performed over the last six months (P&Ls, engineering/product reports, customer updates) and looking at plans for the next six (roadmaps, strategic views on the competition’s moves, budget and forecast). Then, for every major piece of activity that has to be achieved (hit target x in sales, deliver product y by a particular date, etc), dig into how it is going to happen and how you are going to help.

If you discover yourself unable to answer any of these questions, you have scaled too quickly – it’s time to go a bit deeper again. If your answers show that you are a bottleneck, you have not scaled enough – it’s time to hire someone new to take on part of what you’ve been doing.

As a company makes the journey from the founding stage to Series A and B, a great CEO will still be tapped into the pulse of company. You will be keenly aware of how product and tech, sales and marketing, organization and human resources, finance, legal and so on are thinking and what they are doing.

Of course you will have experts in each area who handle the details but, if necessary, you could drop in with minimal friction and understand the detail. If you hand over these areas of responsibility too early, your company could grow in unexpected ways at an early stage that could set you on unhealthy trajectories. For example, if you hand over all legal control to a general counsel at Series A, you might create an overly conservative organization. If you hand over all product to a hired chief product officer before Series A, you might miss a crucial development in the external environment that means you plateau as a business.

Conversely, after you have spent the first few years being a bit of a control freak, from Series B/C and onwards it’s crucial to hire experts who bring playbooks that can get scale quickly. This is particularly true in areas that many CEOs hold dear – two classic cases are engineering and product, and sales and marketing – and it’s important to be able to let go. Channel all of that energy into hiring the best possible people to replace yourself in these roles.

My biannual personal offsite allowed me to catch these moments of over- or under-scaling fairly quickly and revert as necessary. Ensure you have some sort of mechanism like that to be able to proactively think about where you are.

2. How do I build a strong working relationship with my executive team?

Building a great relationship with the team you work with on a daily basis is key.

Most CEOs are aware of the textbook aspects of management: Have regular (ie weekly) team meetings; make sure everyone has a chance to speak and represent their efforts; make sure there is a balance between old and young, male and female, technical and commercial; have clear actions and follow-ups; and ensure the members of your team have personal development journeys so they grow as individuals while they grow the company.

The bit I find is often missed is remembering that your team are also people. Put the time into getting to know them and what is important to them – whether family or hobbies or some other part of their lives – and make sure you create and curate opportunities for you all to spend downtime together to allow those relationships to grow and flourish.

You don’t need everyone to be best buddies, but having a team that genuinely likes, respects, and cares for one another makes a massive difference.

3. How much autonomy do I give my team?

There is no single answer to this question. You don’t want to micro-manage, but you also don’t want to go down the wrong path. The amount of autonomy you allow depends both on the quality of your team and on the stage of your company. Roughly speaking, in the early days, a bit of micro-management is a good thing. At that stage you are likely to have a very strong relationship with your team, and they are unlikely to be dramatically more experienced than you, so your “interference” is likely to be appreciated.

As the company develops (especially post-Series B/C), it is crucial to hire experts who have done similar things before. As you bring those people in, be heavily engaged with them during their first month or two (primarily to ensure you’ve hired the right person). Don’t just have an open-door policy, but actively check in on how they are settling in, what they are doing, what their observations are. Over time let them take flight on their own.

One of the wonderful things about being a very late-stage or post-IPO CEO is that you end up learning a lot more from others than the other way around.

4. How do I deal with a long-time exec who is underperforming?

Dealing with a star who is fading is a common issue in startups. There are two reasons this happens: Either some external situation or factor has limited (temporarily or permanently) their ability to perform, or their role has simply outgrown them.

Most CEOs can diagnose the former problem. If someone is going through a traumatic event such as a divorce or illness, you will probably know about it, and your job is to understand if this will be fixable (in which case, I find loyalty and assistance will be repaid many times over) or not (in which case it is critical to find the right solution for both the individual and the company).

Where many first-time CEOs fail is in the latter scenario. It’s important to realize there are many great people who simply won’t scale. The sales manager who got you to $10 million may not be able to do $10 – 50 million. The genius product lead who built v1 may not be able to design a portfolio of thousands of product features in v5, and so on. Just be okay with this and, if it’s happening, move quickly. Find the right role for the current person, hire or promote the person who can grow with the company, and move on.

Trying to force someone to perform outside their range is hard on them, hard on you, and devalues the company. Always do the right thing by the person who is leaving. They did a great job for a period, and without them you may have never grown to the point where they could no longer scale. Celebrating that and ensuring they have the right home to go to is key for your karma but also for a balanced team dynamic.

5. What are the leading indicators that I’m underperforming?

For me, the best early indicator of how good a job I was doing was the momentum and mood of the people around me.

Most CEOs who raise a successful Series A will have had some period where things just felt really good. Customers were excited about the product, the team was working hard to deliver great results, investors were engaged and helping.

Develop an internal thermometer of how that feels and measure the current temperature against it. If you feel energy ebbing or general discord or disgruntlement, something is going wrong somewhere – hunt it down and fix it.

It is a role that never stops changing. While many careers progress linearly over time, the CEO role can radically change from stage to stage.

The only constant in the role of CEO is that of change. Great CEOs are at ease with that reality and manage it with strategies that allow them to keep track of how they are doing and shift gears when it is time.

There is also, of course, the greatest gear shift of all: recognizing when it is time, in fact, to stop being CEO entirely. While many of the CEOs in my firm’s portfolio have not done this and run their companies from founding to exit, both my partner Bernard and I eventually left the role, taking up executive chair positions instead.

Change is constant. Great CEOs embrace it rather than fear it.

Suranga Chandratillake is a partner at Balderton Capital. He was previously founder and CEO of Blinkx.