Quadcopters are capable of extraordinary acrobatic feats, but even the most skilled pilots and algorithms can’t avoid every obstacle. That’s why a pair of scientists in the department of mechanical engineering and biomedical engineering at the City University of Hong Kong developed an airframe inspired by origami (and insects), which they describe in a newly published preprint paper (“A Quadrotor with an Origami-Inspired Protective Mechanism”). When a quadcopter outfitted with this frame collides with another object mid-flight, the design mechanically unfurls, reconfiguring its structure to protect sensitive components like cameras, computers, and thermal sensors.

“As the complexity of [drone] tasks grows, it inevitably escalates the chance of failures. Despite attempts to circumvent an accident, it is still likely unforeseen circumstances would lead to an undesired collision that destabilizes the flight,” wrote the coauthors. “The impact from a subsequent fall could lead to destructive damage on the robot.”

Above: Frames from a video showing the airframe unfolding as it collides with a wall.

The 14.9-gram airframe — which consists of a ground tile, polyimide foldable arms sandwiched between fiberglass, a fold coupler, and fold triggers — was designed to remain rigid in flight in order to reduce its weight. The vertical thrust from the drone’s propellers generates an upward force, whose torque keeps the airframe’s arms from folding prematurely. On collision, the impact rotates the fold trigger to push part of the arms, overcoming the torque above the fold axis and adjusting the joints bit by bit until the entire structure folds in on itself.

“The airframe … shields the body part [of the drone] from the fall. The developed prototype makes use of an intelligent mechanical design to overcome the contradicting requirements on the structural stiffness,” wrote the team. “By aligning a pair of planar structures in a perpendicular direction, we obtain the desired rigidity. The interlocking mechanism, or joint limits, lets the robot use the thrust force to remain in the flight state.”

To validate their design, the researchers crashed a quadcopter equipped with their airframe mid-flight at a speed of roughly 1.5 miles per hour. The frame folded in less than 0.2 seconds before falling to the ground, which the researchers say implies it can be adapted to smaller drones with lower payload capacities.

“The proposed mechanism does not protect the robot from top or bottom collisions,” wrote the coauthors. “[However, it] has been experimentally verified in both static measurements and actual flights.” 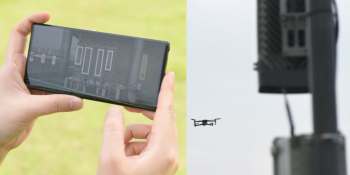 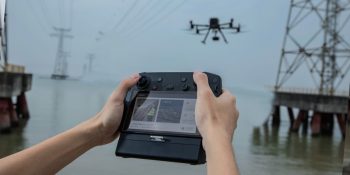 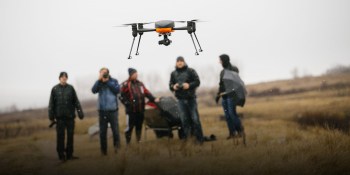