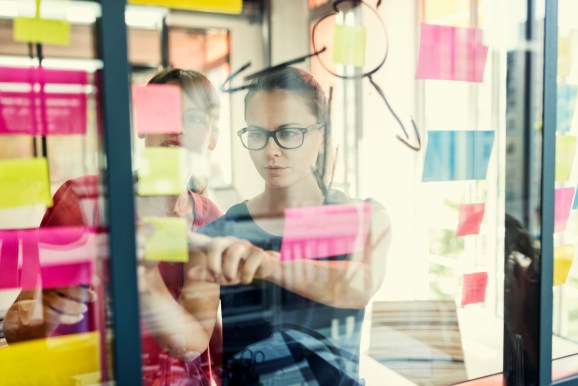 Have you ever wondered what it would be like to see the future of business? If Theranos’ leaders and high profile investors could have predicted the future — one with incredible sounding blood test technology that just plain didn’t work — would they have avoided their problems?

What steps would you take if you knew how it all might end? And how would you change your plans if you could foresee all the obstacles, pitfalls, and dangers along the way? Unfortunately, time machines don’t exist (at least yet). However, there is a technique that might get you similar results – the pre-mortem analysis.

Seeing the future to change the present

Let’s be honest – if you are an entrepreneur, an executive, or a project manager, any initiative you are responsible for faces an enormous number of risks, many of them unknown. In the case of Theranos, a big risk was, what if the device did not actually work — ever? In 20/20 hindsight, professors, PhDs, and journalists are saying, “Aha. I knew it would never work.” But many experts did share concerns about this failure scenario privately to the company earlier on.

If you run a startup or manage a breakthrough innovative project, the odds are stacked against you and failure is a very real option. The good news is, most of the problems you could face can be reverse-engineered and solved before they occur.

The pre-mortem analysis is a tool that lets you do just that. It helps to visualize risks for the project and develop strategies to mitigate them. It leverages the power of the prospective hindsight, i.e. imagining that an event has already happened, to allow you to correctly identify the reasons for future outcomes.

The analysis starts by imagining the future in which your project has spectacularly failed and lets you and your team track all the reasons why it happened. While the post-mortem analysis exists to learn what caused the death of a project after its end, the pre-mortem happens at its beginning – to improve the project while there is still time.

The pre-mortem analysis is based on a relatively simple but very powerful process. It is possible to conduct it just by yourself, but you get real value when the entire team or at least the key stakeholders are involved. It creates a safe space to identify problems, empowers people to speak about potential weaknesses, reduces over-confidence, and promotes a culture of candor.

The time necessary to conduct the analysis depends on the size of the project, but you should reserve at least 90 minutes to 2 hours of uninterrupted time. If that seems like a lot, just consider how much time it would take to fix everything that could go wrong.

Before the team gathers for the workshop, you as the leader should prepare. First, review the goals and objectives of the project. Second, decide on the timeline. The shorter the horizon you look at, the more specific and relevant the brainstorming might get. However, with a longer time span, the ideas might be more creative and trailblazing. Third, you maximize the value of the session when all the ideas are recorded – so select a note-taker who will not participate in the workshop apart from taking notes.

Every pre-mortem starts with setting the stage for the participants. After you describe the purpose and the steps of a pre-mortem analysis, remind everyone of the scope of the project, its goals and objectives, and brief the participants on the existing plans. Then paint the picture of impending doom, describing how the project failed miserably, letting everyone feel the pain of failure. The more vivid the picture, the better.

Once the image sinks in, ask the team to be brutally honest with themselves and to brainstorm all possible reasons for the failure – any negative turns of events, bad decisions, ignored warning signs, or assumptions that proved false. They might be connected to planning, execution, communication, results, or any other key aspects.

You can use any kind of brainstorming technique. Team members can work individually, but it is better to keep it as a collective exercise, eventually breaking the team down to groups of 4 – 6 people if there are too many. Remember to remind participants that the point is to brainstorm all and any ideas. The task is to record them, not to analyze them – or even worse, reject them. Furthermore, ask the team to use language as if they were in the future – using past tense for what “happened” and present tense for it “is now”, to dive into the experience and switch on the right parts of their brains.

After the brainstorming potential is exhausted, it is time to share all the ideas. Post-it notes are a great tool, because they allow you not only to make the thoughts visible to all but also to group them into themes. When the ideas are presented, it is time to challenge them – not to reject them, but to push them to their limit. Ask each other why it happened, why you did not see it coming, or how you made it happen.

When all the ideas are presented, select the most important ones. Consider their impact, the likelihood of them happening, and your level of control over them. During this exercise, you should focus on those you might be able to prevent. The external risks that are out of your control should be considered in a different risk management session. The team might vote on this, e.g. each member having 3 votes and assigning them to 1, 2, or 3 risks they see as the most critical ones.

Now that you have identified the key risks, you must devise an action plan that would mitigate them. Be as specific and tactical as possible. Go into details. As the last step, assign owners to the plans – not to be responsible to fulfill the plans by themselves, but to make sure that all necessary actions will happen.

Once you are finished with the workshop, you have seen the world where you have magnificently failed, but you have also identified the potential problems, why they might happen, when they might occur and, most importantly, what can be done to prevent them. Now you need to do what it takes to rewrite the future to the one where you succeed. Your time traveling mission is complete. .

If you feel like there is too much negativity involved, you can bring some positive elements into the workshop. For the brainstorming part, divide the group into a Failure Team, mapping the risks, and a Success Team, brainstorming opportunities and decisions leading to unexpected outcomes that are even better than what is planned.

Optimism bias and confirmation bias tend to be the real enemies of startups, though. So it’s very important to challenge that optimism. And many individuals are afraid to speak against the group and bring up problems – for personal, organizational, or political reasons. Negativity might be perceived as disloyalty. A pre-mortem session allows all of that overlooked insight to come out and be examined.

Lukáš Konečný is a Principal at Y Soft Ventures. You can reach him at Lukas.Konecny@ysoft.com