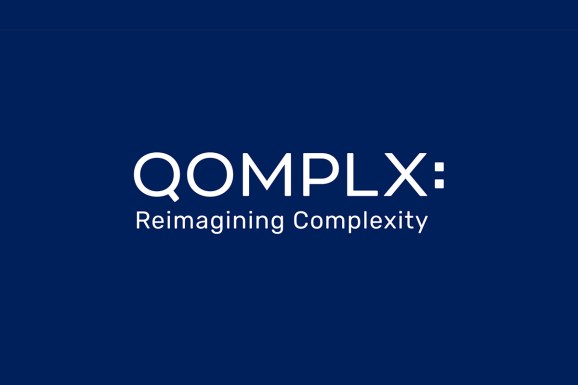 Analytics and insurance software provider Qomplx (formerly Fractal Industries) today announced that it has secured $78.6 million in a series A funding round led by Cannae Holdings and Motive Partners. CEO Jason Crabtree, who cofounded the Reston, Virginia-based company with Andrew Sellers (a Truman scholar and Air Force Academy graduate) in 2015, says the capital infusion will be used to expand Qomplx’s workforce of over 100 people and accelerate growth.

“This investment strengthens our ability to work with enterprises that are struggling to integrate too many point solutions into something that allows them to make better decisions,” said Crabtree, a Rhodes Scholar who majored in engineering at West Point and the University of Oxford prior to leading U.S. Army troops in Afghanistan. “At Qomplx, we are really focused on offering the advantages of a better integrated and more unified analytics infrastructure that does data collection, ingestion, schematization, normalization, semantification, storage, analysis, and even simulation modeling.”

Motive Partners’ Rob Heyvaert added: “Enterprises are struggling with enormous volumes of data, in a myriad of different formats from an ever-increasing number of sources. Qomplx’s analysis tools are designed to deliver a leading decision-making capability. We believe this is a highly complementary investment to [our] portfolio, backing Qomplx’s technology ecosystem and integration layer and the firm’s focus on providing customers with a true data-driven experience and better decision-making.”

Qomplx OS collects, ingests, extracts, and cleans enterprise data from disparate sources before combining it with proprietary corpora and storing it in a datatype-agnostic, hybridized time-series format. Then it dynamically performs work orchestration and model tuning, laying the foundation for digital replicas of real-world systems and virtual response and strategies testing.

“Qomplx is well-positioned for rapid growth as a mission-critical technology infrastructure company, and I look forward to working with them in my new role,” said Cannae Holdings chair William Foley II, who intends to join Qomplx’s board of directors. “The company’s leadership has a long-term vision to help organizations see data and disparate systems not as a negative but as an opportunity to build competitive advantage. We believe this investment will strengthen and solidify Qomplx’s market position as a committed partner to customers and leading provider in the rapidly growing data and analytics market.”