The AMP (Accelerated Mobile Pages) project, which was first announced by Google in 2015, is an open source framework designed to speed up mobile webpages. The company asserts that it cuts load times to under a second by balancing clickthrough probability with device and network constraints, and it claims that AMP is actively used by hundreds of thousands of web domains across billions of pages.

Building on this burgeoning ecosystem, Google today debuted a new, faster way to visit pages from Google Images on the web: Swipe to Visit. Courtesy AMP, when you select an image in Search on a supported smartphone, you’ll see a preview of the website header at the bottom of the screen. Swiping up will load the corresponding page instantly.

Swipe to Visit uses AMP’s prerender capability to show previews, so webpages displayed count as pageviews. Better still, publishers who already support AMP don’t need to take additional action for their sites to appear in Swipe to Visit on Images. In the coming weeks, they’ll be able to track the resulting traffic in a dedicated module within Search Console’s performance report for Images.

For the uninitiated, AMP consists of three components: standard HTML markup with web components; AMP JavaScript, which manages resource loading; and AMP caches, which serve and validate AMP pages. The bulk of AMP pages are delivered by Google’s AMP cache, but other companies (like Cloudflare and Microsoft’s Bing) support AMP caches as well.

In a somewhat related development late last year, Google said it would begin using AI to generate Stories about celebrities, athletes, and other “notable people” and surface them in search results.

Google introduced a separate AMP toolkit — AMP for Email — in March that enables developers to embed dynamic content like catalogs, questionnaires, promotional offers, and appointment booking flows within email messages. Booking.com, Oyo Rooms, Freshworks, and Pinterest were among the early adopters, as was Google’s own Docs team, which tapped it to allow users to respond and add comments to discussion threads within documents.

As of July 2017, the AMP Project’s website listed around 120 advertising companies and around 30 analytics companies as AMP Project participants. 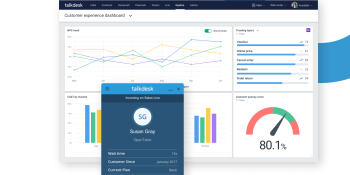