Presented by Bold360 by LogMeIn

Without question, conversational AI is the predominant form of AI in businesses right now, and an exploration of the technology was front and center at Transform 2019. The Conversational AI Summit – part of Transform this year and co-hosted with Bold360 by LogMeIn – featured two days of speakers embedded deep in the conversational AI world. Discussions ranged from the technology behind natural language processing to the advances in AI-powered brand chatbots, and included concrete recommendations around why you should invest, where you should be applying the technology, and how to do it right.

What makes conversational so ubiquitous now is that it’s the only artificial intelligence technology that can help deliver always-available personalized and contextual experiences that amplify all of your existing marketing and customer service spend, letting brands sell more and take care of their customers better at a reduced cost. The technology has now matured to the point where not only can companies engage in the way their customers want to engage – whether it’s through messaging, through an app, or through voice – they can do it cost-effectively.

Here’s a look at Day 1 of the Summit – from the big picture delivered by the giants in the field to the technological side of the conversational AI revolution and renaissance. 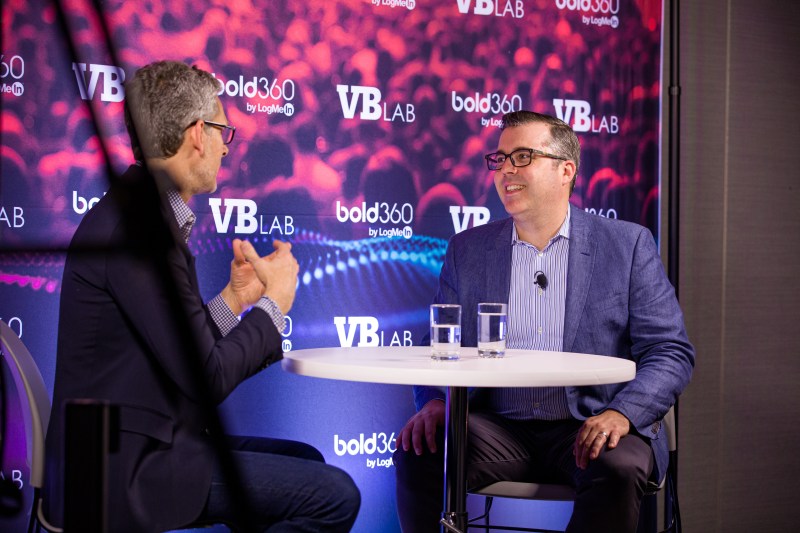 Titan Panel: The state of Conversational AI, and where the ‘platforms’ are taking it

The Titans’ panel welcomed on stage three of the top influencers and leaders in voice today from AI luminaries Amazon, IBM, and Microsoft. They gathered to talk about the cutting edge work they’ve been doing – and the big picture on the value of conversational AI.

The ultimate goal of conversational technology is creating experiences for your customers wherever they connect with you, says Mitch Mason, Senior Offering Manager, Watson Assistant, at IBM.

“Our vision is that every company has a branded, trusted, and personalized one-stop-shop for all inbound and outbound communication for their enterprise,” he adds.

Lisa Falkson, Senior VUI Designer for Alexa, added that conversational AI platforms like Alexa are going far beyond their original transactional nature in the home, leaving the kitchen counter and transitioning into mobile and into the car with the release of Echo Auto.

“Amazon’s making a significant investment in AI and voice in particular,” Falkson says. “Where we’re headed in the future, you’ll see that Alexa is really transitioning everywhere.”

“As people, individuals, developers, designers, it really takes very little for us to change what we do at the beginning to show up for these audiences at the end,” LarCharite says. “Everyone should be able to play.”

Most certainly, the tech is still evolving, expanding to a wide variety of contexts, adapting to the way users adapt to their own circumstances. Not every use case is a natural fit for voice technology, Mason notes, meaning that the user is often picking and choosing among the ways they can interact with an assistant, but the burden is on the developer, LarCharite says, to create experiences that recognize and then best leverage a user’s frame of reference.

However, be aware that the consumer confusion around privacy with “always-listening” voice assistants is still in full effect, LarCharite says.

“We went from zero to 100 million in four years on a device that had never been seen on the planet before,” she said. “So we didn’t get in front of it and really prepare people for what the reality was.”

Luckily, or frighteningly, she said, 93 percent of consumers will give away their data in return for convenience, and if companies are completely transparent about the process.

And they’ll do it even if the trade-off is having that data taken advantage of, Mason added.

“But you can skip 20 taps, or a bunch of mouse clicks, and with one utterance get what you want,” Falkson said. “That is the incredible value of using voice.”

Brand chatbots are still in a relatively nascent stage, but they’re already changing the face of customer service.

The Comcast Xfinity assistant, which harnesses AI and NLP to offer a more proactive, robust interaction with its customers, has boosted the company’s transactional NPS score by 50 percent, says Piers Lingle, SVP of Customer Experience, Comcast.

“We knew we had a lot of areas to improve with customer experience,” Lingle says. “One of the important things was, how do we get more proactive and learn more about our customers? Can we use AI and NLP? How do we improve the customer experience using those tools?”

The assistant launched about 18 months ago, and it’s now present across most customer touch points. With about 10 million total users, the system offers proactive customer contact that has significantly reduced the number of customer complaints, and it has a 40 percent containment rate, meaning issues are solved with no need for follow-up.

And not only has it boosted the company’s ability to smoothly handle customer issues, it has improved the employee experience as well, shortening the amount of time that an employee has to deal with basic administrative tasks so that they can actually engage in a more meaningful conversation right away.

“We had rapid growth, with very little marketing, very little budget and getting the word out other than just allowing Roo to live online,” Molitor says.

Launched five months ago, the bot allows teenagers, ages 13 to 17, to ask questions anonymously around consent, relationships, puberty, and anything else that they’d be embarrassed to ask about in real life. They’ve had almost 800,000 conversations in less than five months, and over 1,000 appointments booked at their health centers based on these conversations.

Being anonymous is critical to their audience, and Molitor says one of their top priorities was ensuring that the experience felt safe to their users, and the secret to their success.

“Our main purpose is to empower digital transformation of the bank,” Arik says.

They’ve seen 11 million interactions, and the number of interactions per user has leapt from 1.5 to 5.8, as customers grew accustomed to the interfaces, which support both text and voice.

Big picture: Where we are in understanding natural language

Most conversational tasks have actually reached human levels of performance, says Bryan McCann, Research Scientist at Salesforce, and the technology has actually become robust enough for companies to leverage the possibilities that NLP and AI offer.

McCann explored the history of natural language processing research, from the time when researchers were hand-designing algorithms to the advent of deep learning, which unlocked the potential of NLP. From the start, most models have been only capable of handling the specific task it was designed for, and the push now is toward more generalized models that can handle a broad array of tasks with little to no hard-coding, and the goal of continual learning.

“So all of these tasks are reaching this point where they’re basically as good as humans, and we have to ask ourselves, what’s next?” McCann says.

At Salesforce Research, scientists developed a 10-task natural language processing challenge, the Natural Language Decathlon (decaNLP), plus a model that can solve it, the Multitask Question Answering Network (MQAN). The DecaNLP puts the MQAN through linguistic tests, including question-answering using context, machine translation, document summarization, sentiment analysis and more, all of which is paving the way to more robust chatbots, better able to parse a human user’s meaning.

And the field continues to expand in new directions, with researchers are beginning to explore capabilities such as multitask learning, common sense reasoning, explainable models, and more.

Ecommerce, messaging, and conversion: Lessons from the leaders

If you’ve visited any of your favorite ecommerce websites, you might have noticed a lot of clutter, because many ecommerce companies have a very shallow understanding of their users. Natural language processing technologies are helping these online retailers understand and connect with their consumers in brand new ways.

Now that Rakuten’s business strategy is based on insights derived from modern NLP techniques, the company has been bringing in billions of dollars in net revenue, says Bahman Bahmani, VP of Data Science and Engineering.

“Those insights drive very high impact investment decisions,” Bahmani says. “We also use them for ecommerce, marketing, and personalization.”

The technology is able to extract digital transaction and product information from commercial emails and web pages. That includes identifying attributes, categories, and brands of products, as well as ascertaining the relationships between products. They’ve seen more than 95 percent accuracy across the board in their customer targeting. Over time, they’ve also increased the throughput per dollar by 10 and reduced the manual labor required by these systems by 5X.

“Analysis is power,” says Ella Hilal, Director of Data at Shopify. The company’s AI-powered conversational virtual assistant for merchants (called Kit) is powered by Shopify’s huge market research data and equally important, merchant feedback. Merchants have hundreds of thousands of conversations with Kit every month, and on average, three out of four merchants responded to “why” feedback, both demonstrating an extraordinary level of engagement and making the assistant smarter. In fact, for every quarter over the past year, the company saw an increase in the number of merchants having conversations with Kit via Ping.

Kit is designed to boost sales and create awareness by handling a merchant’s marketing and personalization, essentially helping them meet people where they are, how they are, when they are, and why they are, Hilal says.

It’s the value add that makes Kit a leap forward for virtual assistants, she adds.

“That is one of the biggest changes and drivers in the next few years, when you can take a conversational interface and not just have it have a conversation, but actually have it provide tangible net benefit,” she says.

While Bahmani believes that there are still significant challenges in applying NLP in ecommerce, particularly because today’s models require large volumes of high-quality labeled training data, Hilal argues that the technology has reached a level of sophistication that’s allowing companies to leap into the breach and deploy their own NLP strategies. The next leap forward, which is closer than you think, is a conversational shopping interface that understands a customer’s intent and the context of their query (“I’m going on a backpacking trip, what do I need?”), and can make accurate, sophisticated recommendations.

Go deeper: See all the videos from the Conversational AI Summit right here.