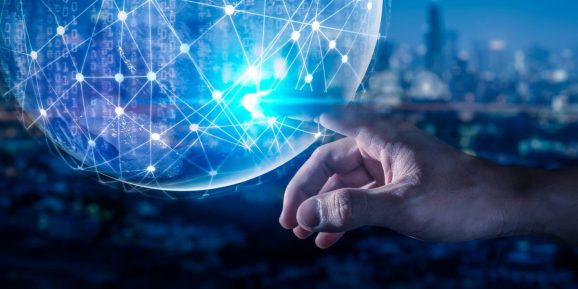 When I think of why we need a blockchain, I think of one guy. There was a dev we had hired to build a few important parts of our product for us. A few years previously, in another life, he had been hosting his own servers and one of them crashed. He was telling me this with tears in his eyes: The database, a massive mess full of customer data, point-of-sale info, and inventory information had gone up in smoke. The backups were hosed, as well. And there was no way to rewind the data.

He spent almost 24 hours in an air-conditioned server room, a monitor attached to the rack and a keyboard on his knees, trying to resurrect it. He was partially successful, but the real question was whether the data was accurate. Whether the transactions all matched up, whether he would keep his job in the morning.

Everything turned out fine and, since then, it has gotten a lot easier to do his job. Cloud replaced servers while also being cheaper and more reliable. His lingering fear never went away though. Things are better, but he can’t be 100% sure things will never go sideways again. He believes, though, that there’s a stronger safety net available now than we’ve had before: blockchain.

Benefits like disaster recovery, security, availability, and automation are all baked into blockchain. The serverless architecture of public blockchains makes them powerful proofs of how blockchain can deliver on enterprise-grade reliability for business databases. The costs are also not much higher: Blockchain’s ability to instantly replicate may even allow you to safely get away with the same (or even less) redundancy compared to a traditional database.  Perhaps the biggest advantage? Smart contracts will regulate changes, so a new hire can’t throw a wrench into everything — the blockchain will protect you from changes that could compromise data or stability.

In short, a blockchain is a server that can’t crash and a database that can’t be corrupted — all in one easy to deploy package.

To be clear, blockchain isn’t perfectly suited to solve certain data problems, the same way that email isn’t suited for instant messaging. Big data analytics is crazy expensive to replicate, and unless you are directly monetizing the data (like selling ads), it is not worth the cost to shoehorn blockchain into an analytical workload. Blockchains are best for core business transactional data, like your account balance. They are absolutely mission-critical when it comes to account data and ownership records, the loss of which would be an existential threat to a company. A company like Walmart can probably survive the loss of all website traffic data, but it would be very much at risk if it lost its inventory ledger.

Business continuity is a major concern for enterprise players as customers demand nothing less than always-on availability. As businesses grow though, the pains of migrating databases and updating systems can lead to massive fumbles. According to Boston Computing Network’s research, 60 percent of companies that lose their data will shut down within six months of the disaster. There exists an entire industry of SysOps, DevOps, and others who monitor code pushes and database migrations, giving humans plenty of chances to foul up a launch.

So blockchain represents a big opportunity for businesses to move quickly while keeping their operations secure.

Today, it isn’t just about the speed of transactions, it’s also about verifying and securing those transactions. That’s what has always been missing in system management and is something that anyone from our beleaguered dev to the teams that run databases for Twitter, Facebook, and LinkedIn are learning.

Blockchain tech is the evolution of the database. Smart contracts enforce business rules, while databases are backed up and verified continuously. All of the infrastructure and computational needs are calculated before deployment, and embedded rules ensure compliance from day one onward.

In fact, it looks a lot like the next generation of what APIs look like. You’re encapsulating processes, tying them together with requests for data, and expecting results. Right now, the business logic is processed on central servers of some kind. What’s innovative with blockchain is that you can take that logic, wrapped as a smart contract, and run it on your own. It still adheres to the rules set by the people who created it, and it must interact as expected.

Now, imagine databases on blockchain using these same robust rules. Robust databases that are unkillable. You don’t have to worry about your main server going down. Replication is built-in. Immutable laws exist that you can’t lose or change. If you’re on a public blockchain, this is as robust as possible, and you don’t have to pay for any servers. With a public blockchain, your data is stored cryptographically by the blockchain’s miners all around the world. If you’re on a private blockchain, you may run several replicated systems. Or, you can own all the nodes. You can also use blockchain on cloud platforms like Amazon Web Services and Microsoft Azure. The key is that blockchain is built to be replicated, again and again. Traditional databases must be migrated in specific, expensive ways under certain conditions to guard against data loss.

Ultimately, this is where blockchain really proves its worth: combining the basic elements of security, robustness, replication, and business logic all in its “DNA.” Smart contracts are safe, distributed, and secure. Your entire dataset is more secure this way, too. This is why blockchain promises to be the next-generation database.

Will Martino is Founder and CEO of Kadena.