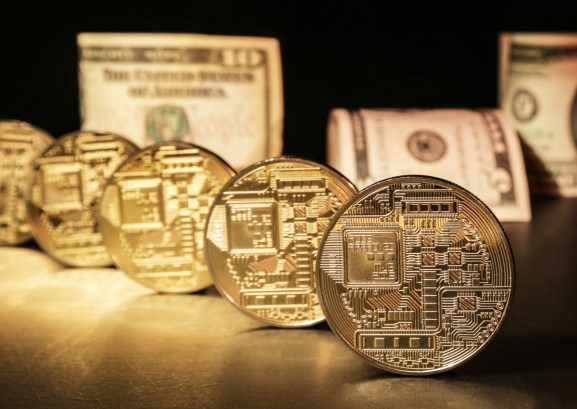 This means that after years of back-and-forth with the SEC, Blockstack now has the regulatory green light to raise $28 million by selling Bitcoin-like, tokenized (digital asset) securities to the public, the first compliant offering of this kind. Influencer live-streaming app YouNow announced just a day later that it had received a similar approval for its Props utility token under the same Reg A+ structure.

Crypto skeptics and enthusiasts alike have long questioned what the first mainstream use case of blockchain and cryptocurrency technology would be outside of speculation and trading. Well, here it is. The tokenization of formerly private, illiquid securities will be the first widespread use case for blockchain. It has the potential to democratize investment opportunities at a global scale and reduce capital friction on many levels. This new mechanism for fundraising, investment, and value transfer will bring about a Cambrian explosion of entrepreneurial and economic growth.

A look at the past

Private assets, such as the equity of popular startup companies like Uber or Airbnb, have historically only been available to venture capitalists, private equity groups, and other high net worth individuals at an early stage of the company’s life. These types of investments are inherently risky. However, they account for an immense amount of value creation when the startup succeeds.

The idea of making these types of private securities and assets available for the public to participate in is not a new idea. Crowdfunding regulation passed in 2016 made it legal for startups to open up funding events to anyone, reducing the time, resources, and connections usually needed to raise funds from venture capitalists, angel investors, or wealthy friends and family.

As a result of that regulation, numerous crowdfunding platforms have sprung up — platforms like SeedInvest, MicroVentures, and others — that allow almost anyone to buy an equity stake in an early stage startup. And these platforms have grown quickly.

However, there are still snags with these platforms. The biggest being that these investments are still incredibly illiquid. If you were to invest your money in a young company through one of these platforms, that investment is, at most times, completely tied up until there is a liquidity event like an acquisition or an IPO. This is not ideal for many everyday investors who do not have the flexibility to let money sit idly for years, if not decades. There is no easy way for me to sell my shares in a private company like Uber after I’ve made my investment. I can’t easily transfer ownership of my shares to a new, willing investor. There is no secondary exchange. There is no liquidity.

Blockchains and cryptocurrencies like Bitcoin have facilitated an enormous amount of creativity amongst entrepreneurs when it comes to capital structure and ownership. When Ethereum launched in 2015, Initial Coin Offerings (ICOs) quickly became a hot new way to raise money for startups — however the vast majority did not comply with securities laws. Still, this new form of financing cracked the door open to the idea of using blockchains to offer digital securities that could represent an ownership stake in a real-world asset and simultaneously be as easily transferable as cryptocurrency.

If you could compliantly raise money for a venture by issuing a digital asset security — or token — you could potentially solve the liquidity problem that has plagued equity crowdfunding to date, as the digital asset would be easily transferable from one owner to another. Unfortunately, there has been no way to offer a regulatory approved digital security … that is until this month.

The SEC’s official clearance of both Blockstack and YouNow to hold regulated token offering under Reg A+ on July 10 was an enormous win. It offers a clear path for other companies that want to issue their own digital securities. We will see an enormous number of companies now raise money by offering tokenized securities in months and years to come.

These digital assets will give everyday investors the opportunity to invest in early stage companies and other assets at a global scale. In addition, these digital assets now solve for the pain point that has plagued non-tokenized crowdfunding, as they will have liquidity built-in due to how they are structured on a blockchain.

Investors can exit these investments without friction, whenever they want by selling them on secondary markets facilitated through broker-dealers, alternative trading systems, and exchanges that are built to handle blockchain transactions. Prior to blockchain and cryptocurrency, this liquidity was not possible.

It’s clear that a massive market opportunity exists for the platforms that will be conducting the issuing, buying, and selling of these future digital securities.

The startups chasing this opportunity are practically tripping over each other trying to be the first to market. OpenFinance, Long Term Stock Exchange, and Vertalo are among those competing to become this platform. It’s a competitive race, and it’s heating up quickly.

Further proof of the intensity of this race comes with Circle’s acquisition of SeedInvest earlier this year. Circle operates popular cryptocurrency exchanges like Poloniex, and with this acquisition it owns a very popular equity crowdfunding platform.

I don’t think it’s far fetched to believe that many different types of assets will eventually become tokenized in the future. Real estate, home equity loans, startup companies, commodities, funds, and funds of funds all have the potential to be offered as a digital security to reduce the capital friction associated with investing and taking ownership of assets.

This wave of digital securities will create an explosion of economic growth. It will simultaneously allow entrepreneurs and businesses to raise and transfer capital faster, while also giving everyday people access to what used to be untouchable investments.

Given the significance of this moment, it’s surprising to me that so few people outside of the crypto community seem to be taking notice. We’ve seen a number of stock exchanges experiment with blockchain and crypto assets. Other financial service providers like JP Morgan have been developing in the space. But will the stalwarts of traditional finance really be ready to move quickly enough to adapt to the coming change?

The risks of ignoring these technologies and these early market movements are substantial. Clayton Christenson lays it out in his business classic, The Innovator’s Dilemma. Large companies fail when they ignore what appear at the time to be insignificant markets. However, when these markets turn out to be fueled by transformational technology, a flippening happens: Consumer adoption occurs at an exponential rate, and the large companies that were ignoring these once small markets seal their fate.

How quickly will this month’s SEC decision trigger large-scale economic change? We will have to wait and see.

David Kemmerer is CEO and Co-Founder of CryptoTrader.Tax, a cryptocurrency-focused tax platform.