Armory, a member of the Continuous Delivery (CD) Foundation and the software developer commercializing the multi-cloud CD suite Spinnaker, today announced that it’s secured $28 million in series B funding led by Insight Partners. The fresh capital brings the San Mateo, California-based startup’s total raised to over $40 million following rounds totaling $14 million, and CEO Daniel Odio says the bulk of it will fuel increased R&D around Spinnaker and the company’s ongoing sales, marketing, support, and training efforts.

“Today, every [business] is building software — it’s the key to every innovative company’s success,” said Odio, who cofounded Armory in 2016 with Ben Mappen and Isaac Mosquera. “Spinnaker is used by some of the most important companies in the world, and Armory is the only provider of an enterprise-grade version, with full support and services.”

For the uninitiated, Spinnaker was developed and open-sourced by Netflix and Google to simplify cross-cloud software deployment. (It’s also backed by Target, Cerner, Oracle, and Microsoft.) Its reach has become quite vast; according to Armory, Spinnaker is used to deploy over 4,000 times per day by hundreds of teams across millions of systems. 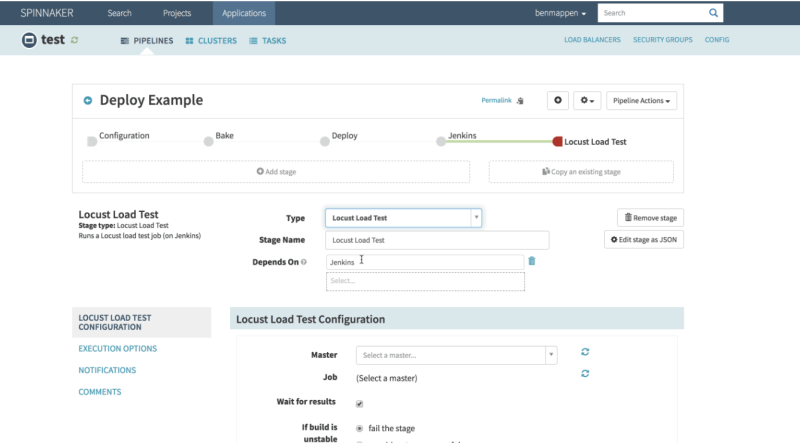 Above: Configuring a load test within Armory’s management dashboard.

Armory adds proprietary features like Armory Installer to the mix, which provisions Spinnaker instances within Kubernetes clusters for added redundancy. There’s also Armory Lighthouse, which manages and shields Spinnaker installations while providing a lens into them with a dashboard and turnkey SLA measurement service. Those two join Armory Composition in Armory’s suite, which enables automatic deployment and rollback with intelligent monitoring, using a modular architecture that plugs into existing tools. (Armory supports Kubernetes on AWS, on Google Cloud Platform, and on datacenters on a case-by-case basis, and it plays nicely with a wealth of continuous integration platforms including AWS Code Build, Azure Pipelines, Bamboo, CircleCI, Concourse CI, and Drone.)

That’s hardly all there is to Armory. Its “pipelines as code” solution enables developers to define deployment pipelines with code instead of configuring instances through the user interface, and its native policies and role-access controls allow them to define steps that constitute a safe deployment (like load testing, integration tests, security scanning, and canaries) and enforce those steps for all deployments.

Armory boasts automated patching across all apps to ensure issues and vulnerabilities are swiftly addressed, and it offers change management auditing to track modifications across the software delivery ecosystem. Armory’s security test automation feature aims to uncover vulnerabilities early and protect essential systems and data, and its support for common stores like Hashicorp Vault brings secrets, tokens, password, certificate, and encryption key management under one roof. 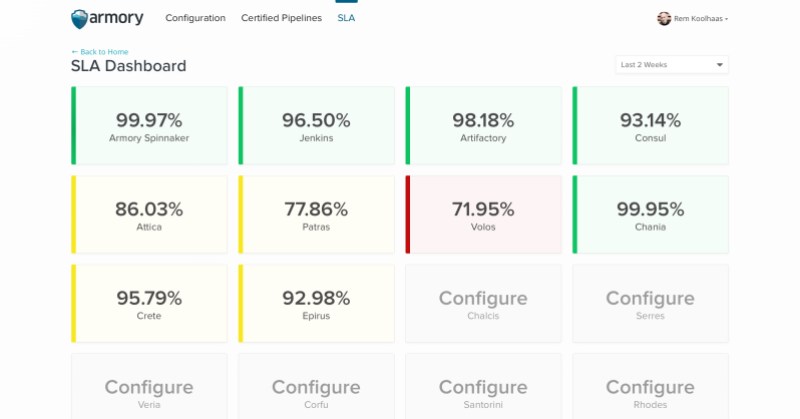 Above: Monitoring deployments status’ from a single view.

“Spinnaker is quickly emerging as the world’s leading continuous delivery platform,” said Insight Partners managing director Lonne Jaffe, who intends to join Armory’s board of directors. “Armory is bringing Spinnaker’s powerful open source technology — such as canary deployments that limit the blast radius of production errors, one-click rollback capabilities, and immutable deployments across multiple public and private clouds — to enterprises across the world. We’re excited to work with the seasoned executive team of Armory and to provide them with capital and support to accelerate their growth and scale-up.”