Fever, a live event creation and discovery startup headquartered in London, today revealed that it’s raised $35 million in a funding round led by Tokyo-based ecommerce and internet firm Rakuten’s eponymous Rakuten Capital. The fresh funds, a portion of which were contributed by Atresmedia, Accel, and former chairman of U.S. investments for Alibaba Group Michael Zeisser, bring the company’s total raised to over $70 million.

CEO Ignacio Bachiller says the proceeds will fuel Fever’s research and development efforts and market expansion, along with the recruitment of engineers and data scientists. “The investment comes at an important time for Fever as we expand our platform … and shape the experience landscape,” he added. “The round will cement Fever’s position as the go-to platform for consumers looking to discover new urban experiences.”

Boiled down to basics, Fever is a curated collection of places, pop-ups, and experiences in over a dozen cities around the world, including New York, Los Angeles, London, Manchester, Paris, Lisbon, Madrid, Barcelona, ​​Bilbao, Seville, Valencia, Málaga, and Ibiza.

Within apps for iOS, Android, and the web, users search by topic to find and bookmark nearby and upcoming events, or browse personalized recommendations based on their interests (or the interests of tastemakers and influencers) across categories like theater, concerts, nightlife, DJs, movies, sports, fashion, wellness, cultural tours, and games. Experiences can be booked or reserved directly through Fever in a bespoke checkout flow, often in two clicks or less.

Fever Originals run the gamut from immersive Alice in Wonderland-themed double-decker buses in Brooklyn and music and arts festivals in Madrid to one of the largest escape rooms in Europe. Its current London lineup features a Spice Girls boat party with a live DJ (for $24), a “floating” jazz club on the River Thames featuring whiskey cocktails ($14), an Abba tribute sing-along disco ($6), and a Q&A with the producer of the BBC’s Planet Earth II and Blue Planet II television series ($13). 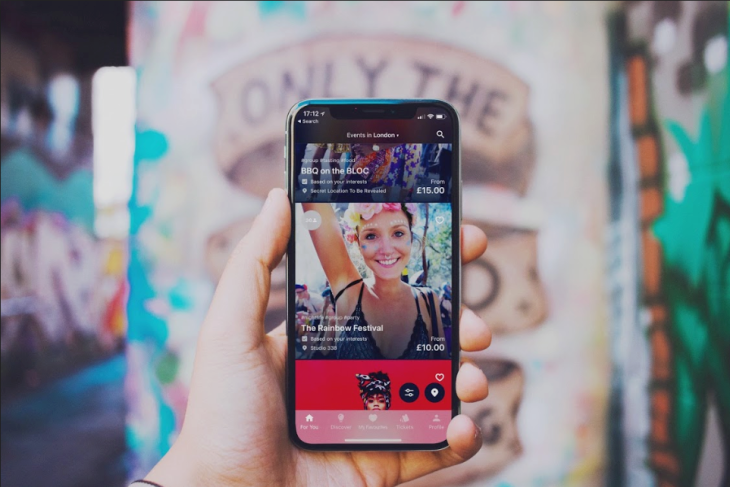 Event organizers pay the company a commission based on the attendance and additional ticket sales uplift attributable to its platform. Previously, it’s pegged this fee at around 3-5 times that of charges for ticket transaction processing.

It’s evidently doing something right. Fever says that revenue growth exceeded 100% year-over-year following an expansion to Paris, Los Angeles, Lisbon, and Manchester last year, and it claims its more than 10,000 event listings (which grows by 300 listings each month) now reach more than 12 million people per week. Moreover, Fever says that it reaches a quarter of the population of both Los Angeles and New York City, and that over 200,000 paying customers have attended Fever Originals events to date.

Fever is an outsized beneficiary of the continued growth of the “experience economy,” according to Rakuten Capital managing partner Oskar Mielczarek de la Miel. He cites research from McKinsey & Company indicating that spending on experiences currently outstrips all other household categories, at $2,000 per person annually in North America. Perhaps unsurprisingly, it’s also the fastest-growing category, at 6% annually.

“We have been impressed by Fever’s growth and success in reaching large digital audiences in major cities such as New York, Madrid and London — and most importantly the quality and leadership of their young team,” said Mielczarek. “Fever’s innovative solutions uniquely position the company to capitalize on the fast-growing experience economy and have proven very valuable to digital marketers. We are excited to be part of Fever’s journey and look forward to exploring synergies with Rakuten’s global ecosystem.”