Ibotta, a startup whose platform doles out rewards for in-store and online purchases, today announced a series D funding round led by Koch Industries subsidiary Koch Disruptive Technologies, at a $1 billion valuation. The size of the raise wasn’t disclosed, but it comes after three previous rounds totaling roughly $85 million.

CEO Bryan Leach said the capital infusion will enable Colorado-based Ibotta to accelerate its hiring plans over the next year and expand its two-floor downtown Denver headquarters.

“While we’ve reached the point of critical mass awareness when it comes to paying with our phones, there’s still one piece missing on the path to true adoption: rewards. Through a shared vision with [Koch Disruptive Technologies] and our expertise in rewards and consumer psychology, we are best-positioned to transform the emerging $100 trillion global payments market,” said Leach, the Harvard, Oxford, and Yale Law School graduate who founded Ibotta in 2011. “The excitement of cash rewards will be the flashpoint in changing consumer behavior and driving adoption of new forms of mobile payments worldwide.”

Ibotta teams up with companies to extend up to 10% cashback and discounts on goods, retail purchases, restaurant dining, movie tickets, and more through apps for Android and iOS. Customers of legal drinking age can apply for rebates on wine, beer, and spirits purchased at bars, grocery chains, and liquor stores. 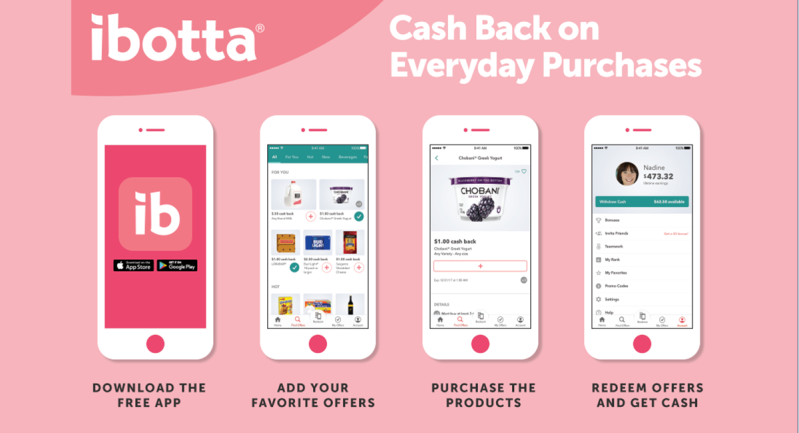 Ibotta users verify their buys by snapping a photo of their receipts or by linking store loyalty cards. Rebates are applied automatically to online purchases, as are those made with Ibotta’s eponymous in-app Pay with Ibotta feature, which has shoppers enter their total checkout amount and present a QR code to a store clerk.

Ibotta currently works at over 1,500 ecommerce sites, brands, and brick-and-mortar chains in the U.S., including Kohl’s, the Home Depot, Sam’s Club, Uber, Groupon, Expedia, GameStop, Under Armour, Gap, Etsy, Macy’s, Lowe’s, Bed Bath & Beyond, Casper, and Orbitz. Ibotta says most users get their cash within 48 hours, and it claims to have paid out over $600 million in cumulative rewards to date.

“We started KDT with the goal of catalyzing market disruption by investing in tech startups in a number of evolving industries,” said KDT managing director Byron Knight. “Fintech, and payments specifically, is one such industry that is still very much ripe for innovation and disruption, and we recognize the incredible potential in Ibotta’s efforts to use rewards to completely change the way consumers shop — from when and where they shop to what they buy to how they pay for it. We know this will be an exciting and prosperous partnership with Ibotta, and we look forward to what we can accomplish together.”

He’s not exaggerating about the prosperous bit. Ibotta’s apps, which are some of the most frequently searched-for shopping apps on the Google Play Store and App Store, have racked up more than 35 million downloads so far. Last year, Ibotta debuted on the Inc. 5,000 list as one of the fastest-growing private companies in the country.

Among Ibotta’s previous investors are Netscape and Silicon Graphics founder Jim Clark, who’s also a member of the company’s board of directors, and Kleiner Perkins veteran Tom Jermoluk.