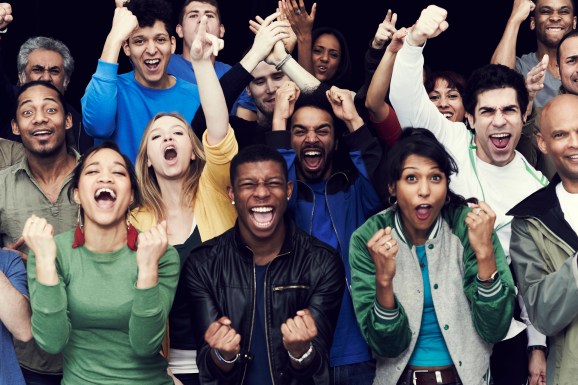 Presented by Dell for Entrepreneurs

The quality of your sales force has a direct, accumulating impact on your business as you grow. Join this VB Live event to learn the essential strategies and key best practices for small and mid-sized companies to build a world-class sales organization.

The most successful companies have one thing in common: a world-class sales force. And strong leadership is the key, says Burt Powers, senior director of Dell Small Business Sales. He asserts that a truly successful team is directly tied to a leader who understands that galvanizing your team is as important as the nitty-gritty of daily management.

“There’s setting expectations with metrics and measuring against those, but also appreciating that inspired and motivated teams perform even better than those that are just purely managed and assessed against that metric performance,” Powers says. “They create this culture of winning. It’s not necessarily the actual end results, but having a balance of recognizing the diversity of motivation, appreciating common goals, and getting buy-in as a team to support one another to achieve that.”

The best teams have a help-each-other, lift-each-other-up approach, in a culture that encourages that through rewards, recognition, and motivation tactics, he explains.

Sales leaders are often top performers who have transitioned into a management role, which means they’re generally very intrinsically motivated, Powers says — just hitting a goal is not an accomplishment. They want to far exceed goals and demonstrate that they’re in the top percent of their peer set. The difficulty is that when they become managers, they tend to try and create a team that is a replica of how they would behave as a sales-maker, but that can handicap a team, because every individual’s motivational factors are unique to themselves.

“It’s a pretty material change in how you approach your goals and what you’re trying to accomplish when you’re thinking like a manager,” Powers says. “It means appreciating the differences between leading a team of people versus being an individual in the previous role.”

The key is creating relationships with each of your sales reps, and figuring out how to relate to and inspire each one individually, versus treating everyone uniformly, says Powers. And it’s the same thing when it comes to skill and capability. They can’t expect everyone to have the same level of skill and capability that they demonstrated as a sales person on the ground, and just demanding that same level of performance without accounting for individual strengths and weaknesses.

It’s a balance of setting high expectations with mentorship and educating your sales team, as well as unlocking the right rewards and recognition. One rep could be financially motivated; the next, inspired by recognition for their efforts.

Start with establishing clear expectations beyond metrics, Powers says, for both each individual and the team as a whole. That should include what they can expect from you as a leader, the frequency that you’ll have one-on-ones, and what you’ll talk about when you meet, from education to performance reviews to career progression advice and support. The structure is similar at the team level, establishing the frequency and content of team meetings, how often you’ll train and educate as a group, how often you’ll recognize, reward, and inspect.

“You just create a little bit of this repetition so everyone knows what to expect, and then as the leader is living up to that, agents feel motivated,” Powers says. “They know their leader is invested in their success, personally and as a teammate, so they feel confident in that experience.”

To learn more about how to motivate and inspire a sales team, how to develop and implement winning strategic plans, and create a culture of winning, don’t miss this VB Live event!