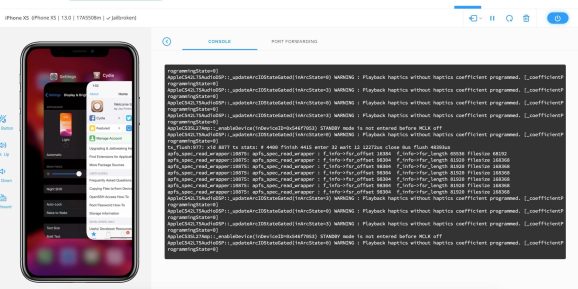 If you’ve been following Apple for a while, you probably already know that the company doesn’t like emulators — at least, most of them. Years ago, it shut down efforts to replicate the iPod’s interface on computers, and apart from AirPlay screen mirroring, there hasn’t been a way to bring the iPhone’s or iPad’s full interface onto a computer screen for even indirect user manipulation. With the exception of Hackintoshes, PCs that are imperfectly and tenuously hacked to run macOS, Apple doesn’t abide the use of its operating systems on machines that weren’t specifically built to run them.

A small Florida company called Corellium either didn’t get the memo or doesn’t care. Its website brazenly focuses on a Mac emulating an iPhone 6 with iOS 11, and its Twitter account shows virtual iPhone XR and iPhone XS devices running jailbroken versions of iOS 13, alongside retweets of praise from hackers. Beyond claiming to have “the first and only platform to offer iOS, Android, and Linux virtualization on ARM,” locally and in the cloud, Corellium says that it’s emulating iOS GPUs and enabling developers to access Apple’s kernel for “debugging” purposes.

In a newly filed lawsuit, Apple is characterizing Corellium’s actions as a “straightforward case of infringement of highly valuable copyrighted works.” If you’re not a lawyer, this means that Apple is accusing Corellium of directly copying iOS and its apps so that they can be accessed by “anyone with a web browser.” And if you are a lawyer, there’s little question that Apple is at least superficially* correct: Copyright law technically lets the company control every iOS release it distributes, precluding copying and various impermissible uses. All it has to do is file a lawsuit to shut down unwanted activities, then win it — either by making the small company give up, or advancing through trial and rebutting a likely claim of fair use.

(* = It should be noted that the story might be somewhat different if Corellium’s product was solely an emulator without any redistribution of iOS code. If the company’s emulator worked like Corel’s Parallels Desktop, arriving on a user’s machine with nothing save its own code while having the ability to run a permissibly downloaded copy of iOS — which iTunes and macOS routinely do for USB updates of devices using PCs and Macs — Apple probably still wouldn’t be happy, but might have greater trouble shutting Corellium down.)

Given the above, you might be wondering why Apple lets PC users run Hackintosh versions of macOS, but wants to deny web browser users the chance to access hacked versions of iOS. The short version is that the company appears to have determined some time ago that it wasn’t going to chase the small (and generally hobbyist rather than for-profit) audience of Hackintosh users, but it also wouldn’t make things easy for them. PCs running macOS historically suffer from multiple glitches based on everything from audio and graphic driver issues to obscure RAM spec differences. To the best of my knowledge, there’s no company currently out there selling Hackintoshed PCs, and if there was, Apple would almost certainly shut them down in a heartbeat.

Corellium’s cardinal sin, Apple’s filing suggests, is that it’s selling emulated iOS access for profit. It’s offering private installations of its product for a million dollars a year, and also encouraging users to sell any security flaws they discover on the open market, effectively undermining Apple’s own efforts to cultivate “good-faith security research on its platforms.” Just last week, the company confirmed that it will offer its own pre-jailbroken iPhones to selected security researchers for bug hunting purposes, and offer up to $1 million for dangerous OS exploits.

Underlying the lawsuit, however, is the ever-present issue of Apple wanting control over how and where its operating systems can be run. It doesn’t want PCs, Macs, or anything with a web browser to be able to serve as a complete replacement for iOS, and even though it’s bridging the gap between platforms with its own Catalyst initiative for macOS Catalina, it’s certainly not interested in third-party intermediaries enabling iOS emulation. Moreover, if an emulator or virtualization could allow iOS to run on non-Apple ARM devices, already troubled sales of iPhones in developing countries could be crippled by low-cost clones.

I won’t be at all surprised if Corellium quickly settles with Apple or otherwise modifies its offering to be non-infringing — it would be more unusual for the small company to fight back, and all but impossible for it to succeed. But the broader question is whether we’ll see others attempt to emulate or “virtualize” iOS, and if so, what sort of impact that will have on Apple’s most popular operating system going forward.