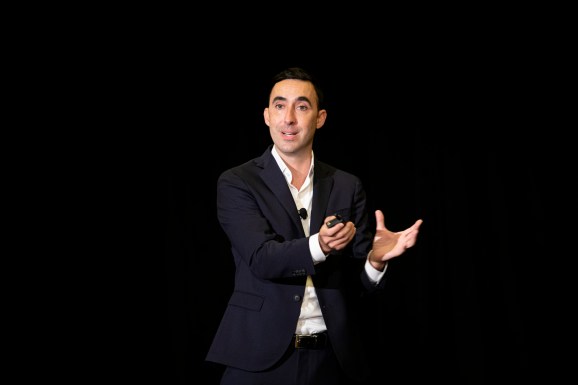 While Forrester predicts that the market for RPA (robotic process automation) will reach $2.9 billion in 2021, and many companies are well down the road with it, not a lot of companies are using it correctly right now, according to Ben Arnulf.

Arnulf is a product management strategy director at Oracle. The problem he outlined during his talk at Transform 2019 is that RPA is being used only to automate repetitive tasks or use large volumes of data to automate tasks. What’s missing is combing RPA with augmented analytics to drive intelligent automation for actionable insights. Or in other words, intelligent automation.

“Eight percent of the time when you have data, it’s failing because you’re not really translating that into action,” he said. “Our goal is not only to give you analytics, or to automate the process, or to try to do the work of a business analyst or a data scientist. The goal is to reduce this problem where 80% of data is not used for action.”

At Oracle, that starts with augmented analytics, which extends the automation of business analytics processes through the use of machine learning and natural language processing. However, he differentiated between NLP and what Oracle calls “natural language generation.” The company recently launched Oracle Analytics Cloud, which involved consolidating some 18 of its analytics brands into one to serve everyone from IT managers to business analysts to the business customers using the applications. It’s meant to be a “self-service” approach for users, with intelligence baked in, including the automated creation of dashboards. NLP is a core part of that.

“Think about NLP as Google or a search box,” he explained. “You say, ‘show me my sales quarter by quarter,’ or ‘show me the revenue for last year.’ Automatically, you will see a report on that. Natural language generation is something different. You create a report, and automatically the solution is going to write sentences for you: ‘Ben, we saw that revenue is decreasing by 20% because of this.'”

To illustrate the entire process, beginning with the first NLP instance through to machine learning analytics and action, Arnulf used the example of a business leader getting a chatbot alert telling them that revenue is going to decline based on predictive analytics that had been been set up earlier.

When the leader clicks on the alert, they’re connected to Slack, where an analytics bot shows the predictive analytics graph, but also uses natural language generation. “Automatically, the bot is telling me, ‘Sales are increasing between February and May, but the sales forecast shows a sharp decrease,'” he said.

At that point, without calling a business analyst or data analyst, the leader clicks to go to alert details, which take them to the analytics dashboard that provides recommendations on how to enrich the data. Using machine learning, the system automatically updates with inventory and product data.

“Now [as the leader], I’m not a data scientist,” explains Arnulf. “I’m not really concerned about basic facts. What I want to know are the key drivers, which means what is being impacted, or what’s the correlation between my revenue decrease, the forecast, and different driver. And [in this example], I can see that one driver is channel, one driver is country, and one driver is product line.”

The leader then selects the analytics for these metrics, and the system automatically creates a dashboard with the graph and map. “Then what I can do,” Arnulf continues, “is try to understand a bit more about the correlation between the inventory that was recommended and the forecast. I drag and drop the inventory to the map, and it’s showing me that I have most likely green inventory everywhere. But I’m going to look at another product — action figures — and I can see that for France, I don’t have a good inventory.”

Through this demonstration, Arnulf showed how, ultimately, this business leader was able to determine that there was high inventory elsewhere, and was now able to transition these insights directly into action.

“In analytics, you need to integrate between your ERP, your analytics system, and your collaborative tools, like Slack,” he explained. “So I’m going to go to Slack and contact Sarah. I say to Sarah, ‘I see that we have a really low inventory in our system for action figures, and I need approval to transfer stock.'”

But while this may seem impressive, it’s still missing one final building block: automating the entire process.

“Remember, we don’t want anybody to go and manually transfer the stock,” said Arnulf. “We want RPA to do that for us. Again, [with] intelligent automation, the end goal is not just to have better management of cost. It’s getting more insight from data and boosting the growth.”

This is just a part of Oracle’s overall push towards more automation.

Check out all the other sessions you missed at Transform as well.